A delegation from Buganda Kingdom led by the Second Deputy Katikkiro and Minister for Finance and Economic Planning-Owek. Robert Waggwa Nsibirwa on Thursday 1st October, 2020 paid a courtesy call on the Vice Chancellor, Prof. Barnabas Nawangwe to express the Kingdom’s solidarity and sympathies following the fire incident that ravaged the Main Building on 20th September 2020. The Deputy Katikkiro was accompanied by Buganda Minister for Youth, Sports and Recreation-Owek. Dr. Prosperous Nankindu Kavuma and Buganda Minister for Information, Cabinet, Lukiiko, Protocol and Kingdom Spokesperson-Owek. Noah Kiyimba. Also present to receive the delegation was the Deputy Vice Chancellor (Academic Affairs)-Dr. Umar Kakumba.

In his remarks, the Vice Chancellor welcomed and thanked the delegation for not only sending messages of support when they heard about the fire incident but also taking time visit Makerere University and express their solidarity. He noted that there has been an outpouring of messages of sympathy and support from alumni and friends of Makerere University from all over the world ever since the shocking news of the fire broke early on that Sunday morning.

This, he noted, was a reaffirmation that “Makerere is possibly the most international University in the world owing to two factors i) if we consider the number of Memoranda of Understanding signed with most major institutions in the world and ii) that our staff do research and publish with researchers and academics in other institutions around the world more than any other university.”

Prof. Nawangwe shared that as a result of this support, a number of individuals and institutions have already sent in their contributions either to help restore the iconic Main Building or ensure business continuity for the affected departments. He informed the delegation that earlier in the day, the University Management had unveiled two bank accounts and an MTN MoMo Pay merchant code through which contributions to the restoration may be sent. The Vice Chancellor concluded by announcing that the official fundraising drive would be held at a later date.

In her brief remarks prior to inviting the Deputy Katikiro, Dr. Nankindu Kavuma shared that as an alumna and researcher who resided in Africa Hall and Quarry flats respectively, the news of the fire outbreak was both unbelievable and sad. She nevertheless reassured that the spirit of Buganda in donating the land on which the University was built is still alive and that the Kingdom remains committed to working with Makerere to nurture other Universities.

In his personal remarks prior to reading the Katikkiro’s message, Owek. Waggwa Nsibirwa said Buganda Kingdom’s contribution to Makerere has been well documented beyond the land donations in 1922 at the start of the Technical School and in 1949 when the institution became a College affiliated to the University College of London. He added that century-old collaboration between the two institutions can only grow stronger.

“Many of us serving in the Buganda Kingdom Government are alumni of Makerere University” remarked the Deputy Katikkiro before adding “I used to reside in University Hall while I did my Bachelor of Statistics and I returned for my second degree (Master of Arts) in Economic Policy and Planning.”

He added that as members of alumni, they were personally touched when they saw that the iconic Ivory Tower had been gutted by fire. However, this only served to strengthen their resolve. “We shall rise again and have an even more iconic Main Building.”

The Katikkiro’s Message of Solidarity noted that the gutting of the Ivory Tower was one of the saddest occurrences in Makerere’s 98 year old history and conveyed his personal and Kingdom’s sympathies to the Vice Chancellor, academic and non-academic staff, students, alumni and Government of Uganda upon this most tragic incident.

“I trust that the government will support management to establish the cause of the fire, and more importantly, to restore the Ivory Tower to its original state and appearance” concluded Owek. Charles Peter Mayiga’s message.

The delegation then proceeded to the Main Building site, where they somberly observed the gutted Ivory Tower before once again reassuring the Management of Buganda Kingdom’s willingness to support efforts to restore the iconic Main Administration Building.

Call for Applications – Masters Scholarships for students tenable at NTNU 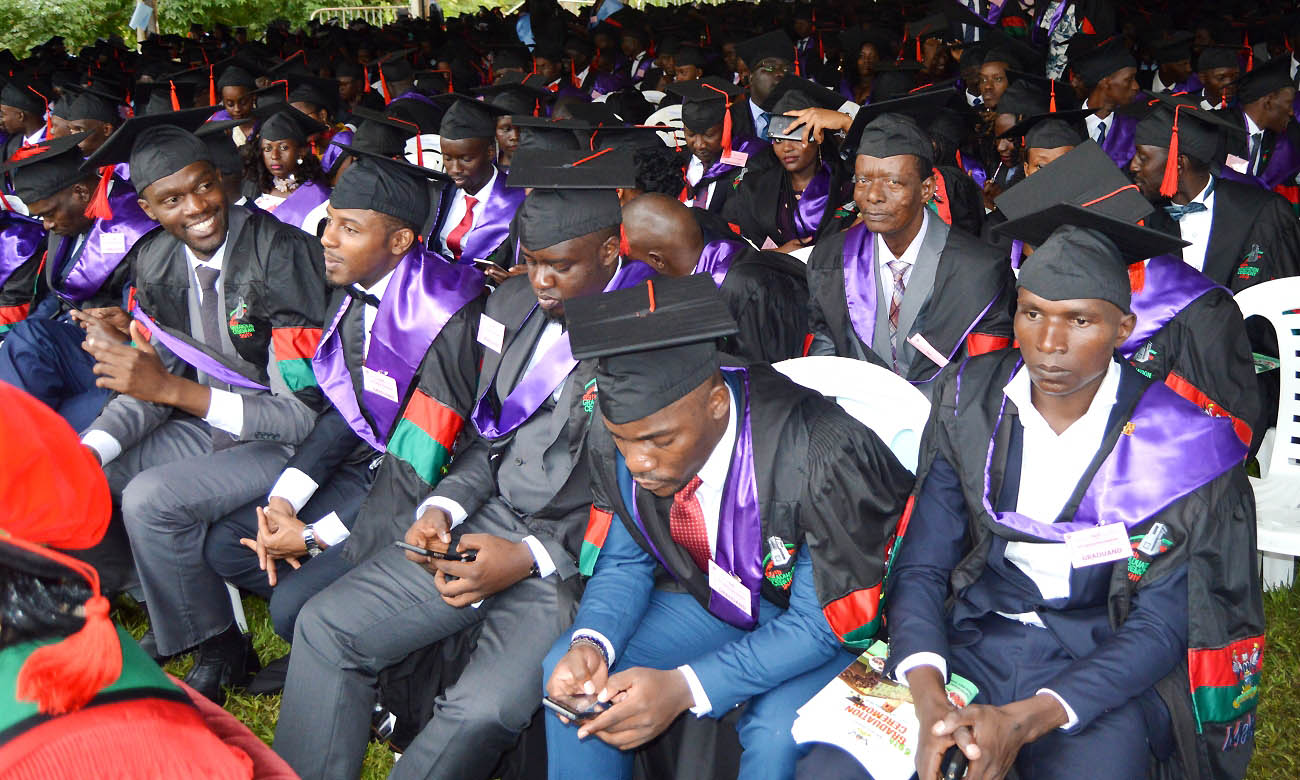 The Office of the Academic Registrar, Makerere University has released admission lists for students admitted to the Bachelor of Laws under Government Sponsorship for the Academic Year 2020/2021.

Please note that the list below contains those who were admitted under the Direct (A’ Level Leavers), Diploma, Talented Sports Persons and Mature Age Entry Schemes. 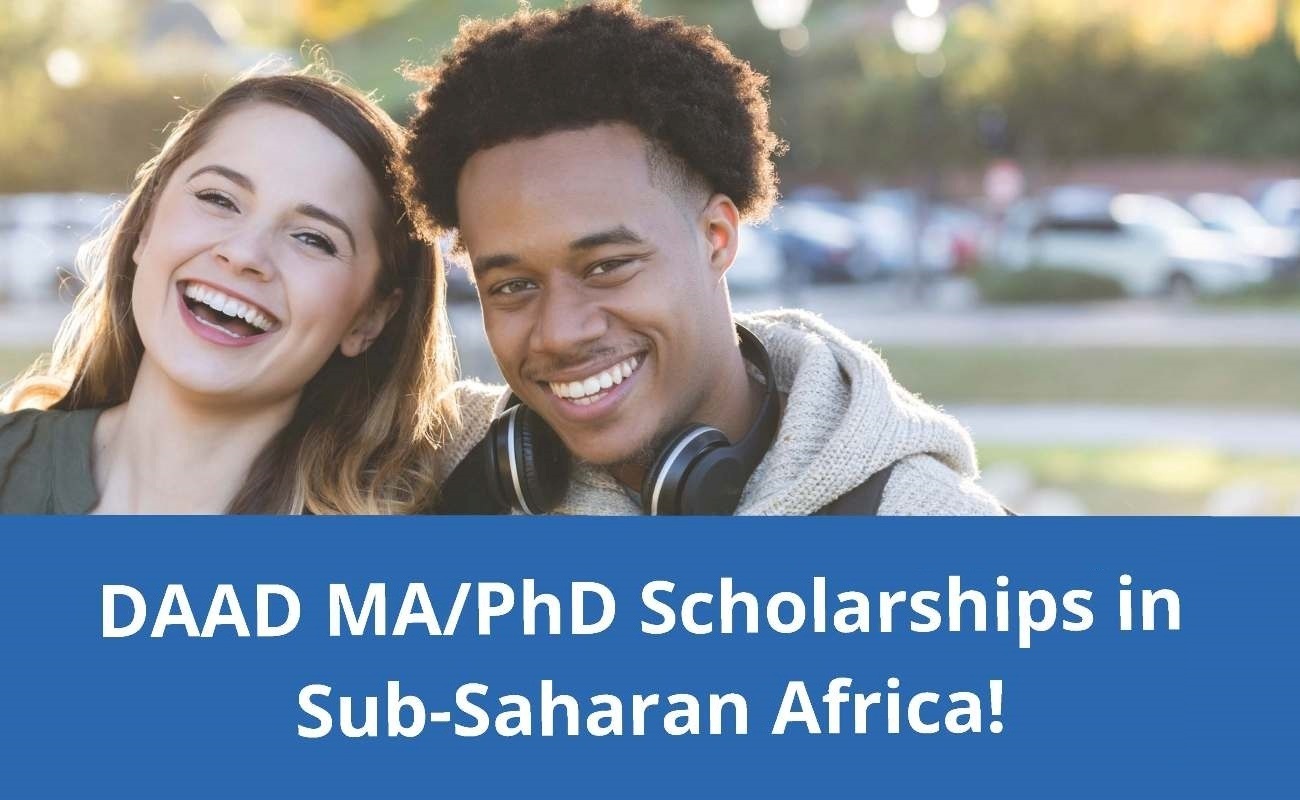 Female applicants and candidates from less privileged regions or groups are especially encouraged to participate in the programme.

Scholarships are initially granted for one year and can be extended to a maximum of the regular period of study upon receipt of an application for extension. Scholars must demonstrate satisfactory progress before an extension is granted.

The scholarships at Makerere University are available in the following fields:

The application deadline is 15th December 2020. 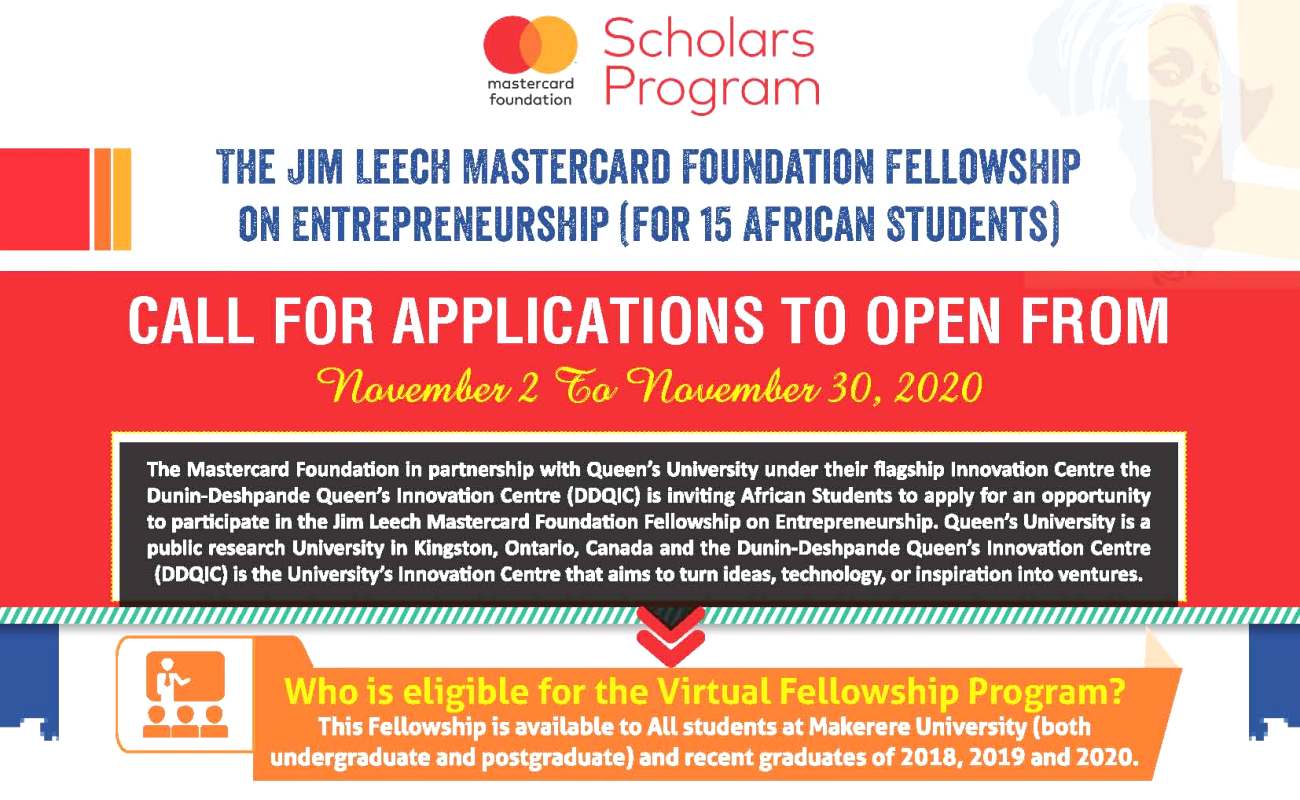 Who is eligible for the Virtual Fellowship Program?

This Fellowship is available to All students at Makerere University (both undergraduate and postgraduate) and recent graduates of 2018, 2019 and 2020.

Each Fellow will receive a $500 stipend. The stipend is to ensure the Fellows have access to digital devices as well as safe and secure internet access.

Call For Applications to open from November 2 to November 30, 2020