The College had 2 members of staff graduate with PhDs. Dr. Maximus Byamukaba Baguma, of the Department of Electrical and Computer Engineering, did his research in Energy Harvesting, storage and Management for environment Monitoring Wireless sensor Networks in the East African Region while Dr. Barugahare John Berchmans, from the Department of Architecture and Urban Planning, researched the Development Control and Physical Plans Implementation in Kampala Capital city 1944-2018.

About 101 students graduated with Masters in various fields. 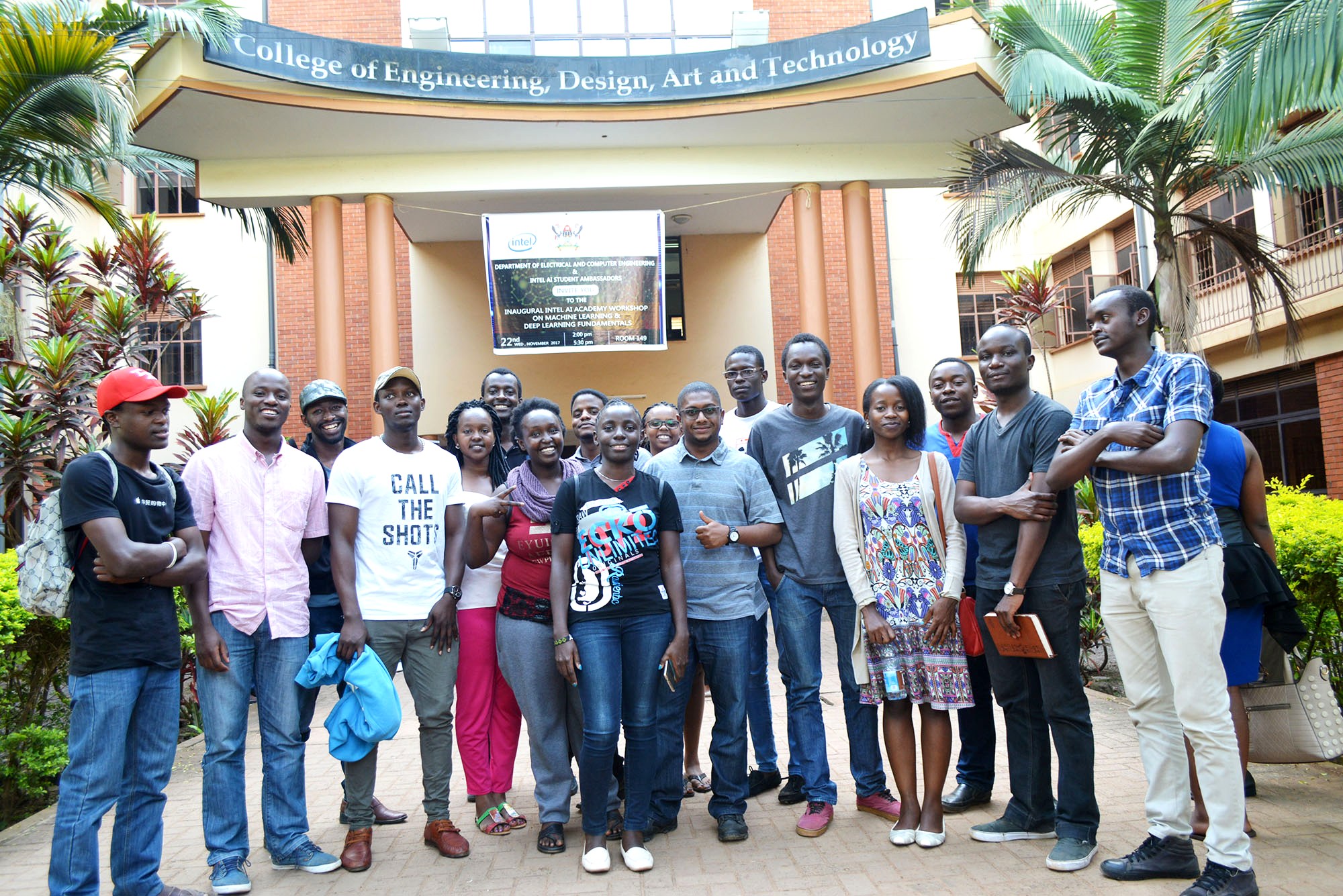 Please submit all applications to: ace[at]idi.co.ug, mapronanocedatmak[at]gmail.com, bmujuni7[at]gmail.com including a One Page motivation statement indicating why you are interested in attending by 27th September 2021 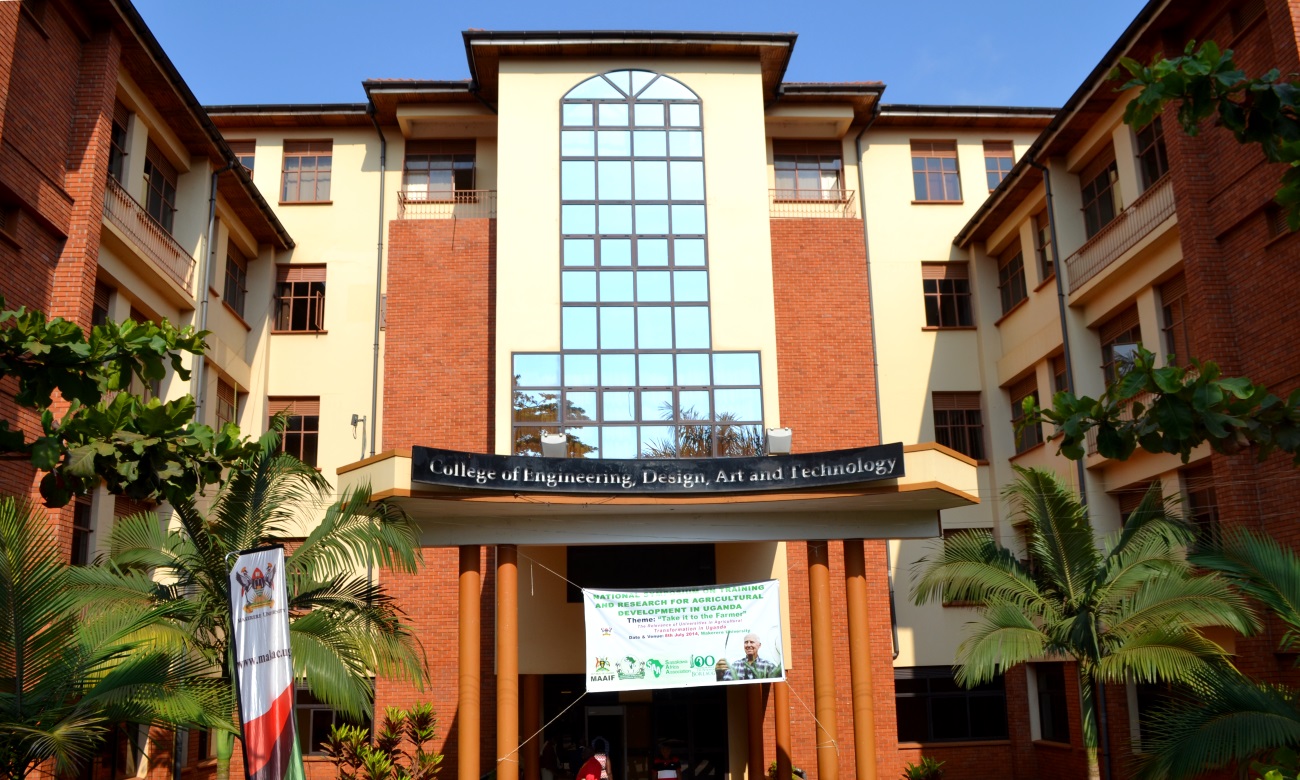 The Karlsruhe University of Applied Sciences (HKA) Germany, Makerere University, University of Nairobi (UoN) and Mekelle University (MU) Ethiopia have started a 4 year R&D project “Collaboration for Active Mobility in Africa-CAMA” under the program “Partnerships for sustainable solutions in sub-Sahara Africa“. The Project which is being funded by both the German Academic Exchange Service (DAAD) and Federal Ministry of Education and Research (BMBF), aims to better capture the requirements of the pedestrians and cyclists and to illustrate their needs using digital surveys and crowd mapping approaches.

To facilitate the development and uptake of tailor-made solutions to promote active mobility, the project will utilise learning alliances (bringing together researchers, community representatives, decision makers and experts from the field) to prepare real-life experiments (living labs) and test innovative solutions. To achieve the aforementioned objective, the project intends to utilize some of the resources to recruit a PhD Student who will double as project admin for the project.

In this regard, the CAMA Uganda project is pleased to invite Ugandans to make applications for a the Post Graduate Research Assistantship Position at the Department of Civil and Environmental Engineering, College of Engineering, Design, Art and Technology (CEDAT), Makerere University. Under this program you will be required to register as a PhD. Student at the Department of Civil and Environmental Engineering (focusing on Non Motorised Traffic), which is subject to meeting the admission requirements of Makerere University. You will also be required to undertake Administration and Research project support.

The deadline for application is 8th September 2021.

Interested candidates can submit the following (i) up-to-date curriculum vitae/resume (of no more than 3 pages) in pdf (ii) supporting testimonials (iii) a one-page letter outlining their interest and motivation while highlighting a potential challenge in Non Motorised Traffic.

Only applicants who meet the minimum requirements will be notified. It was a show of innovations geared towards mechanisation of farming processes as the Minister for Science, Technology and Innovations, Dr. Monica Musenero, launched locally made engines today August 19, 2021.

A team of researchers from the African Centre of Excellence for Material science and nanotechnology (MAPRONANO) partnered with artisans from Kevoton Engineering, to design and assemble a diesel engine, the first of its kind in Uganda.

It is a single cylinder 4 stroke engine  with 13 horse power and consumes 1 litre of fuel per hour. The engine is a water-cooled and therefore does not heat up.

The engines are able to run a generator and a water pump to facilitate irrigation on farms. The generator, is single phase and can therefore be used to power home appliances and small workshops.

According to Mr. Mubiru Rogers of Kevoton Engineering, work on the engines started in 2017, but they were not able to make much progress until 2019 when they partnered with MAPRONANO ACE. The centre of excellence was then able provide training and technical advice, designing and student attachments to the project.

The Minister commended the MAPRONANO team, led by Prof. John Baptist Kirabira, for various innovations that the team in churning out, which included a sanitizer made in Makerere, solar panel slasher, and a mini tractor.

Dr. Musenero challenged researchers to have a mindset change and also change the pedagogy to reposition theory to practical works. “We need to teach the students knowing that they are going to design and develop an engine or a brake system,” Dr. Musenero emphasised.  She encouraged innovators to ensure their products do not stay on the selves, saying the biggest role of science and innovation is economical.  The Minister said, for this reason, PRESIDE which she chairs focused on equipping laboratories in universities so as ensure that scientists receive the facilitation that they require. “Research is like a river which needs an outflow and the Ministry is here to provide that outflow,” she said.

She advised the university to prioritise certain areas of research when it comes to grants instead of awarding small grants to different projects which only end up being a drop in the ocean. Dr. Musenero thanked the President for his continued support and belief in science and technology.

The minister advised that the prototypes be refined so that they are genderised to allow women to be able to operate the generator and water pump.