Makerere University’s Professor Noble Banadda was on 27th October 2020 inaugurated as one of the 10 Oliver Reginald Tambo Africa Research Chairs Initiative (ORTARChI) recipients. The inauguration ceremony was held via zoom from South Africa. In Uganda and Makerere University, the ceremony was witnessed by media at the African Institute for Capacity Development (AICAD) Project Office.

For the next five years, Prof. Banadda will receive US$250,000 annually and an additional offer of €100,000 from Wageningen University for the next 15 years. The grants will be utilized in supervising research in agricultural waste management on farms with a target of training 15 PhD, 9 Postdoctoral and 27 Masters students.

The ORTARChI chair and grant feeds into the Makerere’s Vision as enshrined in its new Strategic plan (2020-2030) that is to become a research-led university. This is the first fully funded Research Chair in Makerere University.

Under this grant, Makerere University will work with South Africa’s Stellenbosch University and Wageningen University of the Netherlands to expose students to different study and research environments and also feed into university’s internationalization agenda.

The Oliver Reginald Tambo Africa Research Chair was advertised two years ago in search of high calibre scientists who will be able to supervise doctoral and post-doctoral research on the African continent, but specifically to solve African problems.

For any candidate to apply for ORTACHI chair, the initiative set standards that attracted 1,500 applicants. The researcher had to be anchored in a research institution at the rank of a Professor with a minimum of 200 publications. Additionally, the applicant must have supervised at least seven(7) PhD students and had a citation index of not less than 18.

Only 10 candidates (including Prof. Banadda) out of the 1,500 applicants qualified to receive the Research Chairs. Prof. Banadda is ranked 69th worldwide in the area of waste management while in Africa, he holds the 4th position.The other parameters considered were  the applicants’ alma mater, international exposure and the network of people the candidate has worked with.

“ I am grateful to God that I have been selected among the 10 recipients of the O.R. Tambo Research Chairs. I am grateful to Makerere University for having given me an opportunity to excel; Secondly, I am grateful to the Uganda National Council of Science and Technology for their letter of support; and to Wageningen University in the Netherlands for their counter offer conditioned upon my winning the Chair. Wageningen University offered me €100,000 per year for the next 15 years and also gave me an offer to be an extraordinary professor in their university. All these offers enhanced my chances of winning.

The Oliver Tambo research chair is a prestigious chair that provides US$250,000 per year for the first five years, and based on satisfactory performance, it’s renewable twice. So it can run for fifteen years.

The ORTARChI award to Prof. Banadda will focus on sustainable agriculture under the thematic area of food security.

“I am going to create models or systems of recycling our waste into agriculture, i.e. to see how we can avoid the use of artificial fertilizers by making use of organic fertilizers such that I increase agricultural productivity, technology, and efficiency.

I want to use the engineering point of view to explore how best to extract nutrients from agricultural waste and plug them back into the soil to make sure that crops grow faster and better without wasting them so as to complete the cycle instead accumulating waste”, Prof. Banadda explained.

He explained that ORTARChI is an African project aimed at building capacity in Africa and therefore students must be African. As such, the University will advertise internationally so as to attract African students who will solve problems and create solutions for farmers in Africa while based at Makerere.

About Oliver Reginald Tambo and OR Tambo Research Chairs Initiative

Oliver Tambo never wavered from his vision for a free, just South Africa. His principled and values-based leadership style was the glue that held the African National Congress, which he led for almost thirty years, together in exile. Sadly, he did not live to see the dawn of the democratic dispensation that he dedicated his life to fighting for, passing away a mere year shy of the 1994 national elections.

The Oliver and Adelaide Tambo Foundation is a public benefit organisation established to promote, protect and preserve the legacy of veteran freedom fighters and doyens of democracy, Oliver and Adelaide Tambo. The Foundation achieves this by undertaking education-focused, community-upliftment initiatives that seek to instil the values for which the Tambos stood into a new generation. It is believed that these values, such as integrity, selflessness, and collective, servant leadership, are critical in consolidating  democracy. By equipping young leaders with the tools to reinforce the gains made by Oliver Tambo, South Africa’s democratic dispensation will be protected and nurtured for years to come.

The Foundation has partnered with South Africa’s National Research Foundation (NRF) and the Department of Science and Innovation (DSI) and Canada’s International Development Research Centre (IDRC) to develop the O.R. Tambo Africa Research Chairs Initiative (ORTARChI). The initiative was first announced in 2017 to commemorate the 100th anniversary of the birth of Oliver Reginald Tambo. Now, the initiative stands ready to launch the inaugural 10 O.R. Tambo Africa Research Chairs as selected by ORTARChI.

The O.R. Tambo Africa Research Chairs combine political, development and higher education objectives. They aim to honour a leading figure in the development of African unity; have a catalytic impact on the development of research infrastructure in recipient countries; and contribute to knowledge production and high end skills in alignment with the African Union (AU) Agenda 2063 and Science, Technology and Innovation Strategy for Africa 2024 (STISA-2024). Through international and regional strategic partnerships, the Chairs will contribute to the development of long term mutually beneficial research collaborations on the continent.

Noble Banadda (born in 1975) is a Ugandan biosystems engineer, researcher and academic, who is a Professor of Biosystems Engineering at Makerere University’s Department of Agricultural and Bio systems engineering, School of Food Technology, Nutrition and Bio engineering. He was appointed as a full professor in 2012 at age 37, the youngest person in the history of the university to attain full professorship.

After attending local primary and secondary schools, he was admitted to Sokoine University of Agriculture, in Morogoro, Tanzania, graduating with a Bachelor of Science in Food Science and Technology. His Master of Science degree in Process Engineering, together with his Doctor of Philosophy degree in Chemical Engineering, were both obtained from Katholieke Universiteit Leuven, in Leuven, Belgium. Later he studied in a post-doctoral fellowship at the Massachusetts Institute of Technology, in the United States.

He was the first sub-Saharan African person to graduate with a PhD in Chemical Engineering from the Katholieke Universiteit-Leuven in Belgium. Banadda is a Visiting Research Fellow at the University of Cambridge, United Kingdom.

Noble is the first African recipient of the Pius XI Golden Medal (2018) awarded by Pope Francis in the Vatican;a Laureate of the Next Einstein Fellowship and now, the Oliver Reginald Tambo Research Chair; honored young scientist at the World Economic Forum; Alumni of the Global Young Academy (2013 -2018); Member of the Malabo Panel of Experts; Fellow of the Uganda National Academy of Sciences; Council member of the Pan African Society for. Agricultural Engineering; Member of the Makerere University Senate; Adjunct Professor at Iowa State University (USA); Research Fellow at Clare Hall at University of Cambridge (UK); College member of the UKRI GCRF programme and a candidate for Extra-ordinary Professor at Wageningen University (Netherlands).

His research focus areas are in the biosystems engineering field and include mathematic modeling of biological systems and interactions. His goal is to create value-added products from solid biowaste resources.

Noble is favorably cited with thus far published research findings in over 195 peer-reviewed journal scientific publications. He has also (co)-supervised 10 PhD students to Completion and 27 M.Sc. students as of 2020.

His notable research innovations include the invention of the MV Multipurpose tractor; Conversion of hard plastics into diesel; the solar powered irrigation pump; Organic pesticides from agricultural waste and the most recent thermal imaging for detection of COVID-19 as well as the three-Dimensional (3D) printing of biodegradable face shields and components for the BulamuVentilator aimed at boosting the contribution of local content to the fight against the COVID 19. 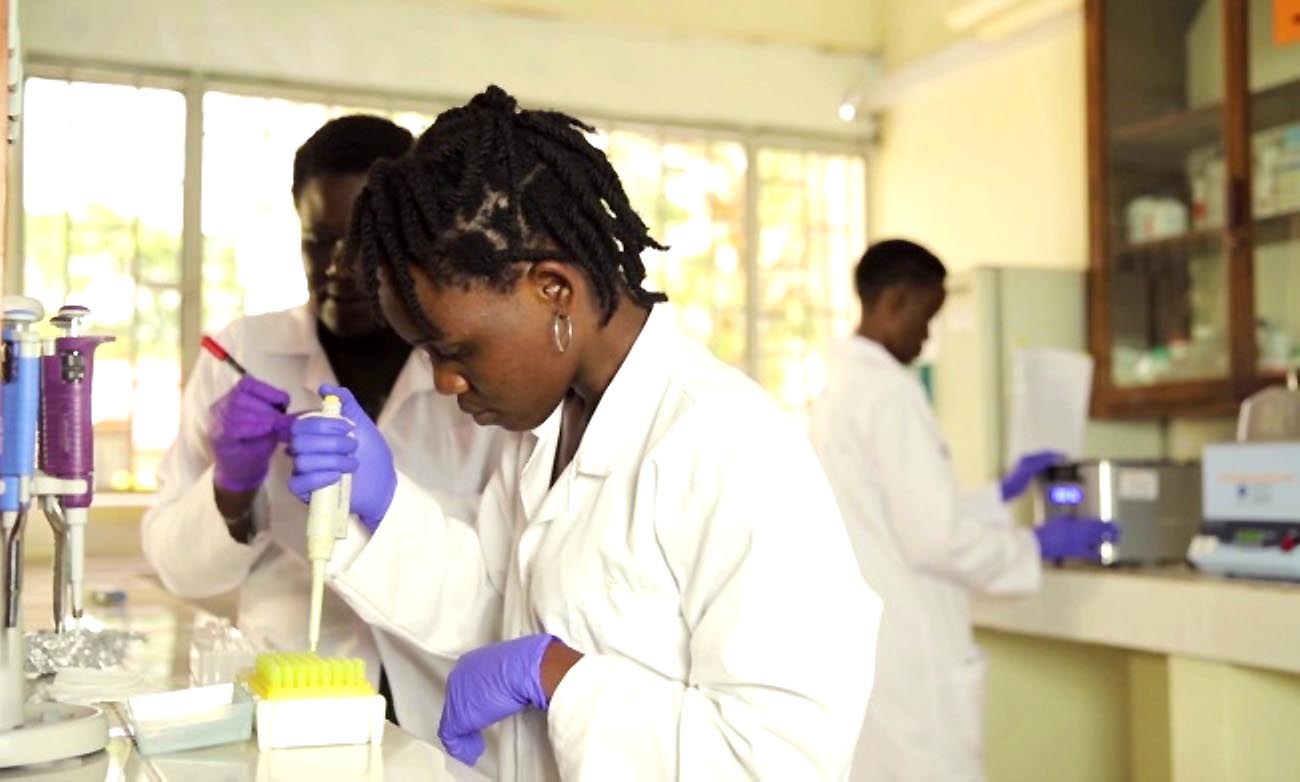 Green chemistry has become a target for cutting-edge research into sustainable technologies. These may reduce (or eliminate) the production and use of hazardous substances in mining and in the design, manufacture and application of chemical products, and may also lead to energy savings and a better environment and health.

Research in green chemistry and allied areas in biochemistry, geochemistry, biotechnology, ecology and healthcare give young scientists ample opportunity to demonstrate their inventiveness and provide important input to sustainable development. With this in mind, the Green Chemistry for Life Project was launched in 2013 by UNESCO’s International Basic Sciences Programme (IBSP) and PhosAgro, the largest producer of phosphate-based fertilizer in Europe, in close cooperation with the International Union of Pure and Applied Chemistry (IUPAC).

Over the course of 8 years, the project will offer research grants of up to US$30,000 to scientists aged 39 and under with an innovative research project that respects the 12 principles of green chemistry, to help them implement their project. 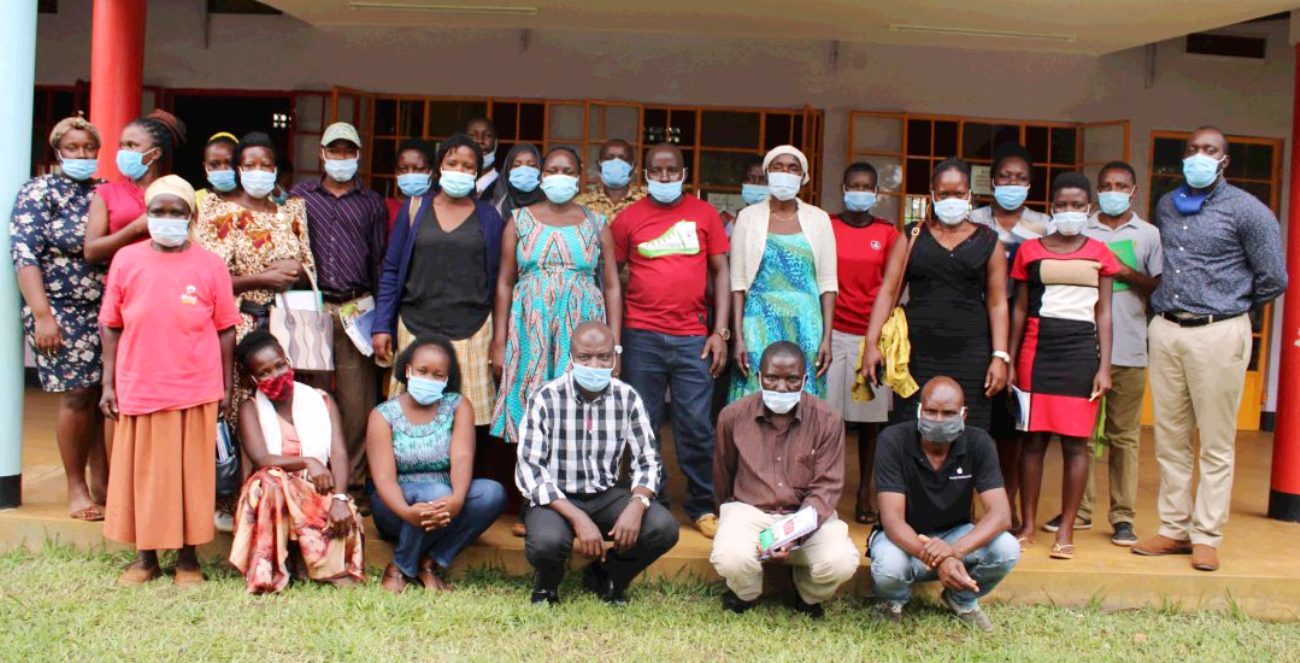 About 100 poultry farmers  in Wakiso district have been given free Poultry Training Manuals that  will give them tips on how to better conduct poultry farming so as to realize better profits and stay afloat.

The manual is a user- friendly Information Education Communication (IEC) material presented in a tone and format that eases understanding and application aimed at addressing key capacity and knowledge gaps within the poultry sector for improved productivity and profitability.

These IEC materials were designed by a multidisciplinary team of researchers basing on the study findings for the Mak-RIF COVID-19 Special Grant project titled,  “Strengthening the resilience and visibility of peri-urban poultry farmers in Wakiso district for better marketing and profitability through feeding, post-harvest handling, value addition and resources recovery”.

The collaborative paper published on 26th November 2020 concluded that in neonates (newborns) with asphyxia (deficient supply of oxygen to their bodies), the Laryngeal Mask Airway (LMA) was safe in the hands of midwives but was not superior to face-mask ventilation with respect to early neonatal death and moderate-to-severe hypoxic–ischemic encephalopathy.

Please see Downloads for the paper. It may also be retrieved from the NEJM webpage at the link below: https://www.nejm.org/doi/full/10.1056/NEJMoa2005333