From the University’s annual budget allocation FY 2021/22, the Directorate of Research and Graduate Training (DRGT) established the PhD Thesis Completion Grants Program to support outstanding doctoral candidates on the verge of finalizing their thesis/dissertation, who have no other source of funding for the requested period.

In effect, the grant is intended to decrease time to degree and to support higher quality outcomes among students nearing graduation where relatively modest resources will make a large difference.

Applications from PhD candidates who demonstrate a clear ability to impact mainstream academia and whose projects reflect, and contribute to, the aims of the DRGT are welcomed to apply.

A total of 10 grants will be awarded during the period of July 1 to December 31, 2021 to Fully Admitted and Registered students.

The total budget support will depend on the strength of the application but in any case not exceeding Shillings Ten million (UGX 10,000,000/=), which will be disbursed upon submission of a realistic activity-based budget.

NB: Only Successful applicants will be contacted.

Applications submitted to any other Email address other than the one above will not be accepted.

Please Download below for the eligibility criteria and other details 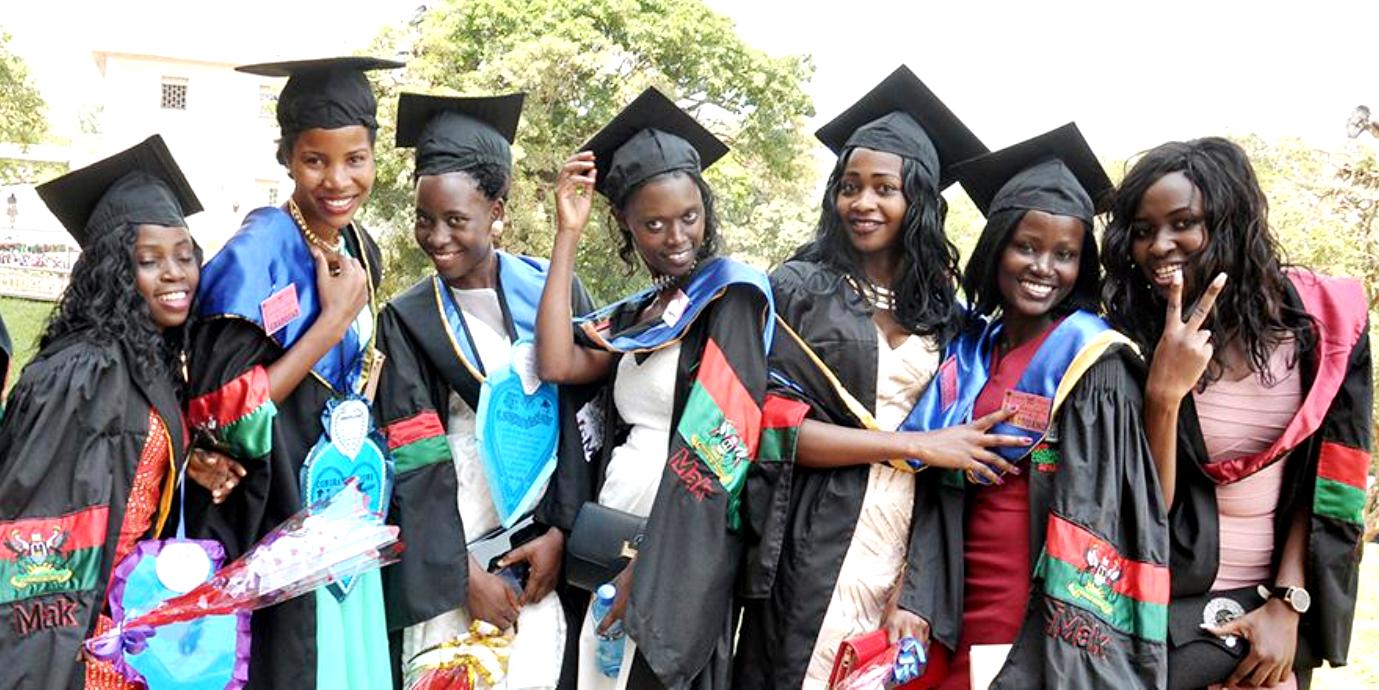 Kwame Nkrumah University of Science and Technology (Ghana) at eleven (11) had the second highest number of fellows awarded followed by University of Pretoria (South Africa) with seven (7). The University of Abomey Calavi (Benin) followed with four (4) fellows in the program that selected fellows from twenty one (21) institutions.

We congratulate all Jim Leech Fellows 2020-2021 from Makerere University upon their successful selection. 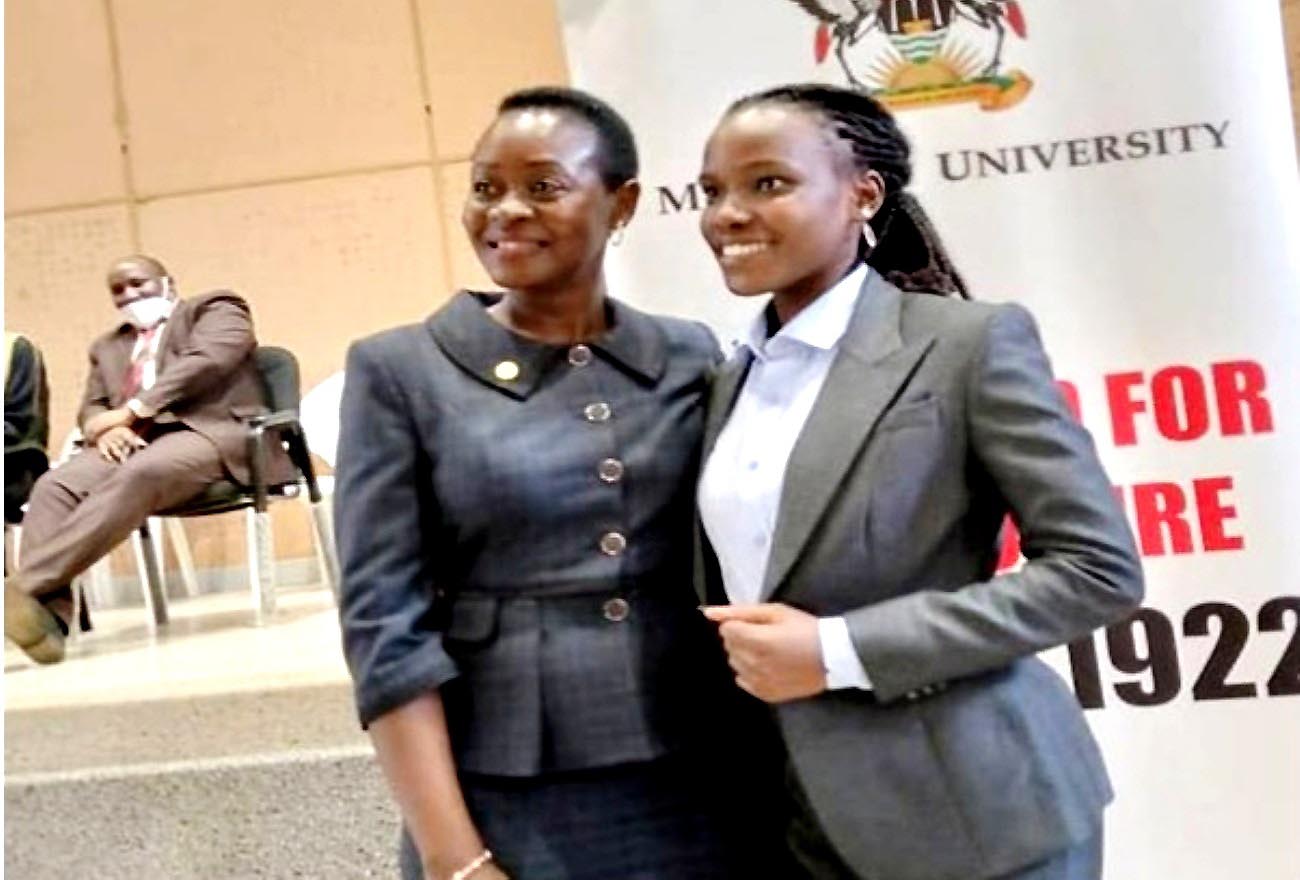 The swearing-in-ceremony took place at the CTF 2 Auditorium, presided over by the Dean of Students Mrs. Winifred Kabumbuli who represented the Vice Chancellor Professor Barnabas Nawangwe.

On a brilliant event graced by many elders, both the outgoing and incoming students’ representatives, a number of guild representatives from Halls of Residence, Colleges, Schools, Persons with Disabilities, Dag Hammarskjold Hall, Kabanyolo hostels and Galloway Hall were sworn in. The Guild President Ms. Shamim Nambassa and her Guild Cabinet were also sworn in.

At the beginning of this month, Ms. ShamimNambassa won the Guild Presidential race after garnering 5,610 Valid Votes, representing 54.16% of the total ballot count. Ms. Nambassa replaced Ivan Ssempijja in the office.

After swearing in, H.E. Nambassa said she is excited to lead the student guild that will usher in Makerere’s 100 years of existence celebrations. “I assume office at a very critical time when Makerere University is about to celebrate 100 years. For the 87 years of the 100 the students’ guild has been around but I am only the 5th lady out of the 87,” Nambassa briefly stated.

Representing the Vice Chancellor, the Dean of Students Mrs. Winifred Kabumbuli applauded the outgoing Guild leadership for the good leadership they have exhibited during their term of service.

“I thank the outgoing guild leadership led by Ivan Ssempijja for the outstanding performance. I must admit that they contributed to quality enhancement of academic and social well being of students.”

Mrs. Kabumbuli also acknowledged the central role played by the guild electoral commission led by chairman William Kananga for organising a petition-less election. “The electoral commission, thank you very much, you are exceptional, excellent much less unsurpassed, indeed you were fit for the purpose, you deserve all the accolades,” she said.

In a speech read by the Dean of Students, the Vice Chancellor Professor Barnabas Nawangwe congratulated the newly elected leaders for the triumph. “I congratulate all those who stood for various posts and were successfully elected as well as those who have been appointed in various positions of the executive leadership of the guild, I warmly congratulate you. I also thank the voters who turned up to vote in big numbers”.

Professor Nawangwe also appealed to the newly sworn-in leaders to cooperate with University administration to ensure the wellbeing of students.

“To the new guild leadership, I appeal to you to begin your work with dedication and humility knowing very well that you have been called upon to serve your university beyond self. Please pay special attention to the University Council, the Senate, the College Boards and other statutory organs, the GRC as well as policies, procedures and regulations of the University. In particular, the guild leadership should join Management to encourage students to pay fees in the remaining time,” Prof Nawangwe added.

School of Statistics and Planning receives ICT equipment worth $500,000 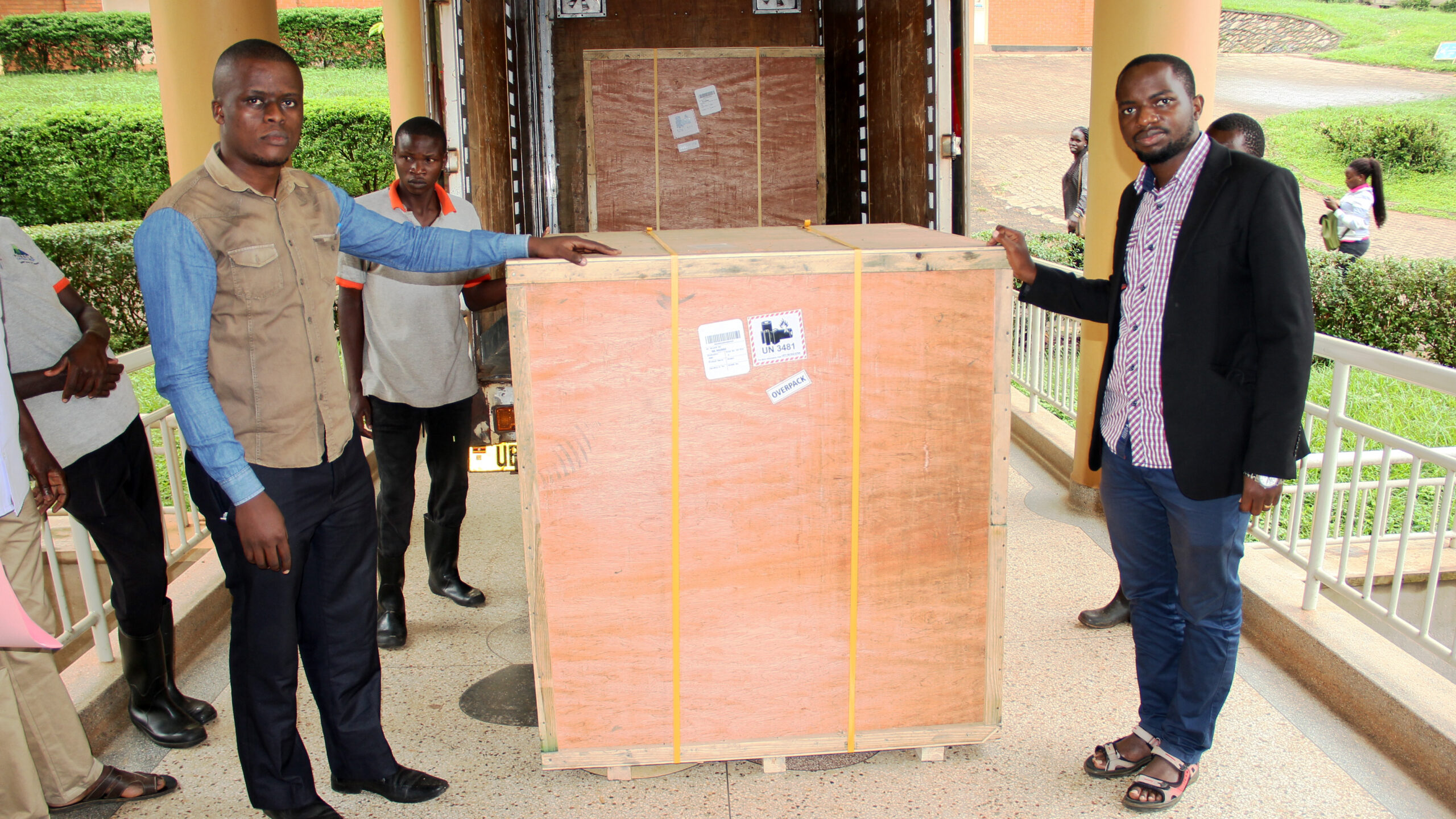 The School of Statistics and Planning today received a consignment of ICT equipment worth $500,000 from the East African Community. The purchase of the equipment was facilitated by funding from the World Bank to the East African Community.
The equipment was this morning received by Dr. JB Asiimwe, the HoD of Planning and Applied Statistics, Mr David Kisitu, the Systems Administrator and Mr Frank Namugera from the Department of Planning and Applied Statistics.
The equipment includes 153 desktop computers, laptops, digital cameras, computer tables, power banks, UPS, cooling systems, security cameras, network accessories and computer chairs among other things.
The equipment will go a long way in improving teaching and learning as the university moves to be a research led institution.