FARMERS growing potatoes and Sorghum in South Western Uganda have got a reason to smile after their long awaited prayer for value addition has been answered by Makerere University Researchers. The team of Researchers headed by the Dean School of Agricultural Sciences Prof. Johnny Mugisha came up with a project titled: Enhancing Value addition on Potato-Sorghum enterprises for Improved Livelihoods in Uganda (EVaPoSIL).

The six months’ project which was implemented in South Western Uganda focused on enhancing the physical, economic and nutrition value of potato (Solanum tuberlosum) and sorghum (Sorghum bicolar) in Uganda.

While presenting the research finding on Tuesday 15th December 2020 at Makerere University Senate Building, Prof. Mugisha stressed that Potato and sorghum are the South-Western region’s main enterprises. He however said that whereas these crops compete for farm resources, they are neither substitutes nor complements in terms of household food.

“Sorghum occupies a large portion of farm land but is among the lowest yielding with 1.4 Metric Tons per hectare according to statistics from the Uganda Bureau of Statistics of 2010 and lowest profitable crops.

The variety grown (sweet) he said has high socio-cultural value among the population with limited use for local drinks – bushera and muramba and no industrial use.

“Similarly, in potatoes, value addition is largely limited to consumption of fresh tubers with 92.6% as boiled potato, “he said.

Furthermore, 30-40% of the output is small, non-marketable tubers causing a loss of US$13.7–18.3 million per annum and yet potato and sorghum are potential pathways for enhancing household incomes

This project he said aims at enhancing the value of both crops by innovative value addition that makes them complements, reduce harvest losses, increase incomes, and make available to consumers a diversity of high quality high value products.

Related Topics:economicEVaPoSILfeaturedMak-RIFPotatosorghumUgandaValue chains
Up Next

CAES Freshers Trained on ODEL Method of Teaching and Learning 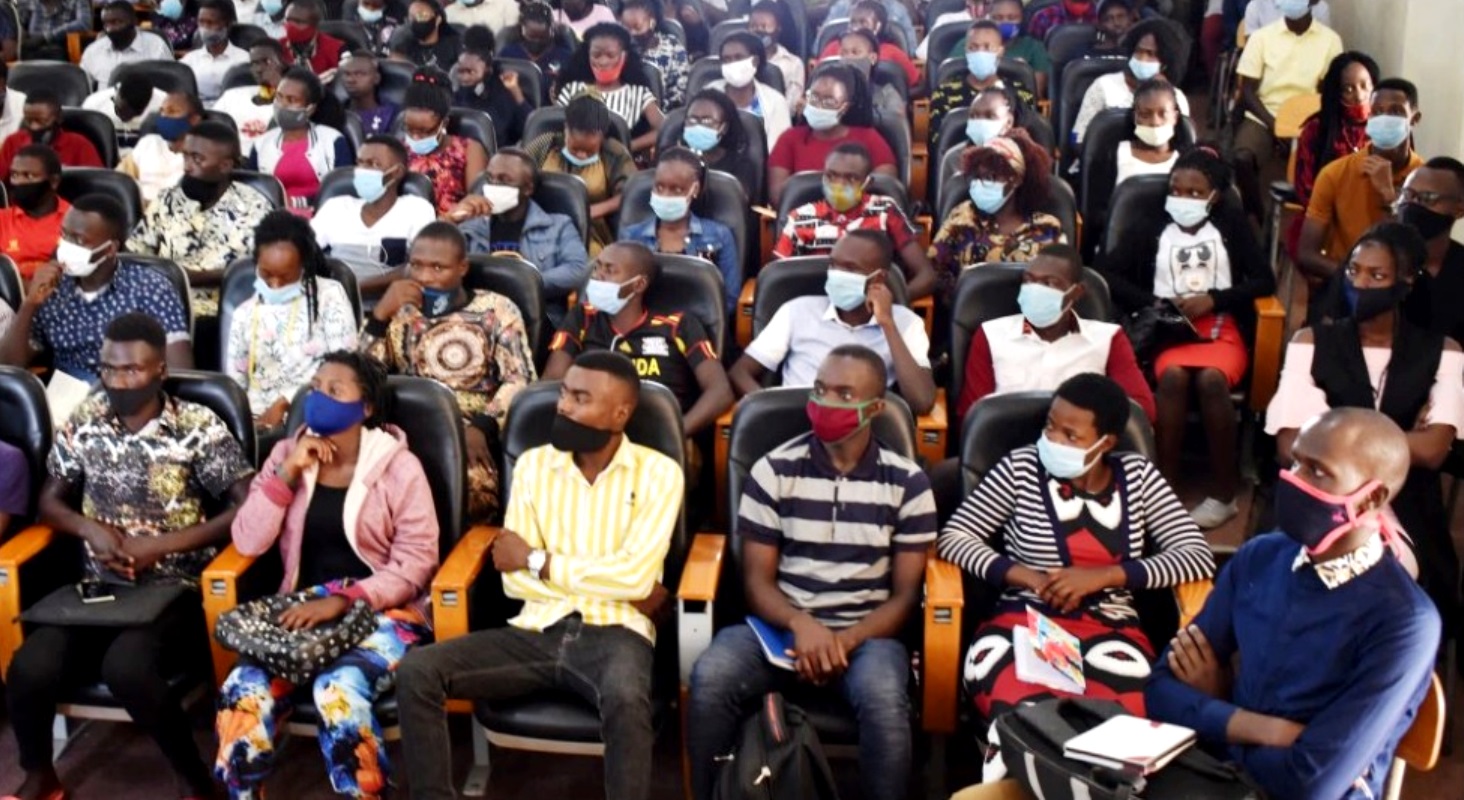 Officials from the Makerere University Institute of Open, Distance and e-Learning (IODeL) have allayed students fears over the costs of internet connectivity as the university adopts blended learning amidst the COVID-19 Pandemic.

While introducing first year students from the College of Agricultural and Environmental Sciences (CAES) to the ODEL based method of teaching and learning, Dr. Samuel Siminyu told freshers that they will be able to access the Makerere University e-learning Environment (MUELE)  and  other learning platforms at Zero rate.

On 24th February 2021, over 500 first year students from the CAES converged at the Conference Hall in the School of Food Technology, Nutrition and Bio engineering for training on the theory and demonstration of what technologies they will use to help them learn.

The training of freshers follows the strategy that government has adopted of staggering whereby students are on campus for short periods and in this particular semester for one month, and out  working remotely for the rest of the two months.

Dr. Siminyu said because of the adoption of blended learning which is a mix of the traditional face-to-face and online learning, the university is migrating from what was familiar to the unfamiliar territory by beginning with freshers’ introduction to this type of learning. 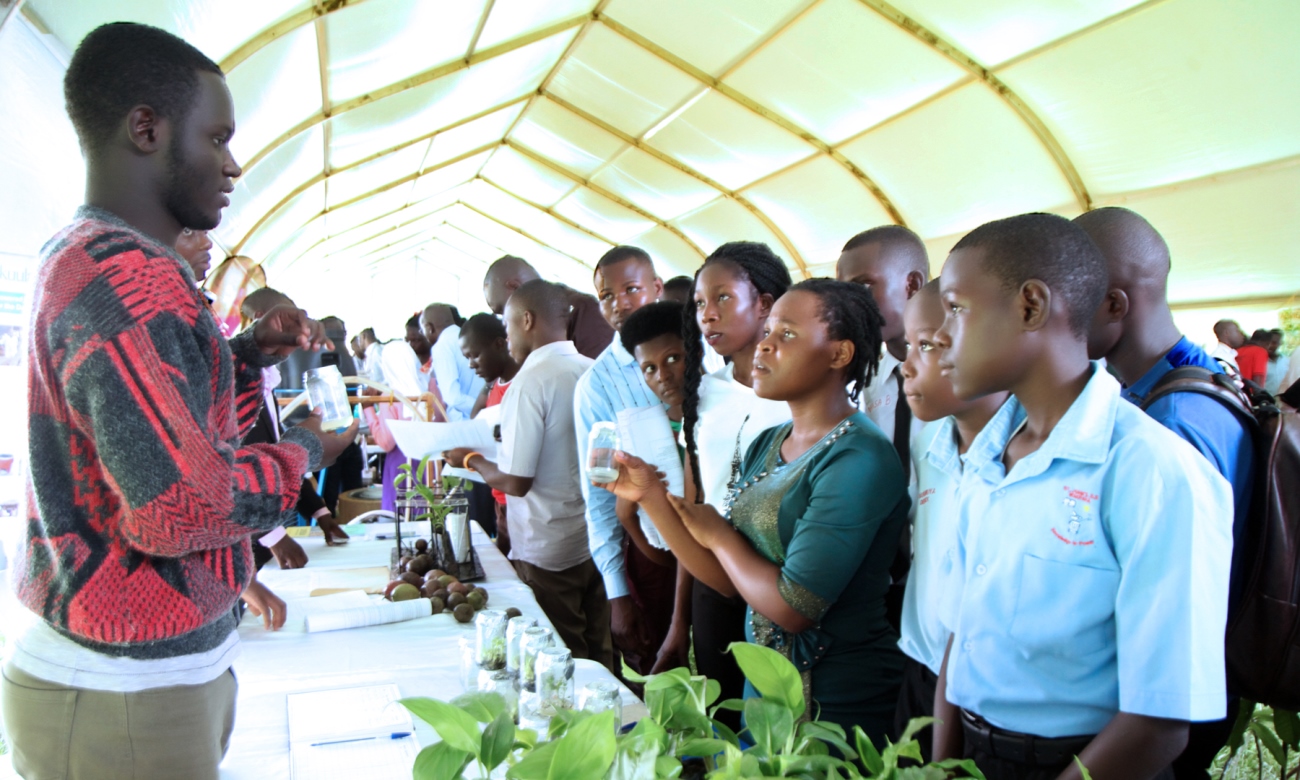 Apply for a scholarship for one of these online courses before 16 March 2021. After this deadline you can still register for the course when you have other sources of financing until an average of 6 weeks before the start of the course. 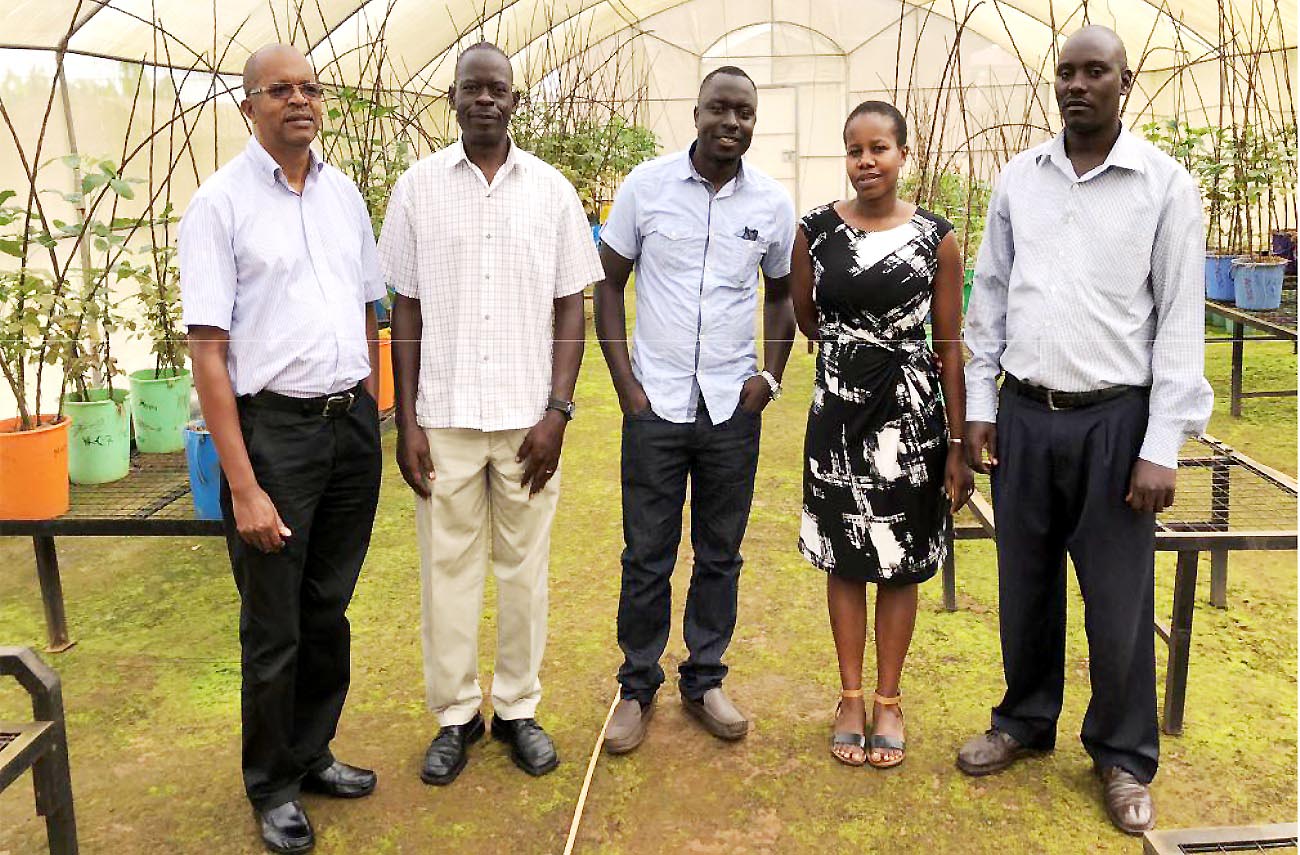 Sixteen years of soybean research at Makerere University have led to a rapid increase in the number of industries engaged in processing soybean in Uganda and neighbouring countries.

This report provides highlights of the contribution of rust-resistant soybean varieties to the agricultural sector in Uganda. It contains forward-looking research results based on current research findings and forecasts made by the Centre for Soybean Research and Development from 2002 to 2018.

Soybean was first introduced in Uganda way back in 1908. Its production was emphasized to combat malnutrition and to provide soldiers with highly nutritious food during the Second World War. Like most new crops, soybean was not readily accepted by the local people based on claims that it depleted soil fertility, could not be cooked like commonly known legumes, had beany flavor and lacked a readily available market.

The soybean crop was also not given consistent recognition by the National Agricultural Research System (NARS) and suffered decline in production due to a major out break of soybean rust disease in 1996.

Through efforts of the Centre for Soybean Improvement and Development (MAKCSID), the soybean rust pandemic was brought under control, through breeding and dissemination of superior varieties to the farming communities. Currently over 93% of these varieties are grown across the country.

These efforts were spearheaded by Prof. Phinehas Tukamuhabwa from the Department of Agricultural Production.