Makerere University – Mak and Somali National University (SNU) on Monday 21st November 2021) signed a Memorandum of Understanding (MoU) that will commence a collaboration between the two African Universities.

Professor Barnabas Nawangwe said the two institutions have agreed to collaborate in research and training.

The agreement will enable Makerere University through its School of Public Health (MakSPH) under the College of Health Sciences support Somali National University which is currently pioneering its public health training and research program at its Faculty of Medicine and Health Sciences.

Makerere has since 1984 implemented training and research in public health and will through this partnership support efforts to enhance Somali National University’s capacity to provide high quality graduate and undergraduate training in public health and facilitate collaborative research by both students and faculty at both universities.

“We are not the only University but we are an old University with very important lessons we can share with you. We are happy that now you have come to formally establish working relations with us,” said Prof. Buyinza.

He further expressed Makerere’s readiness to support SNU through this partnership and hailed Professor Rhoda Wanyenze, the Dean of MakSPH for initiating discussion with the embassy and University.

He cited that the Embassy of Sweden in Uganda had already interested Makerere University to work with and support universities in Somalia especially in areas of research.

“Makerere University is a very old institution and we want to really work together with institutions in the region that have the same vision and mission. Ours is not only to build research capacity but actually how do we inform national policy. I am happy that Rector has requested us to set up a research office and systems. We are very much willing and available, once you formally make that request to the Vice Chancellor,” he said.

The Vice Chancellor walked his visitors through a brief history of Makerere University and how it started as a humble technical institution in 1922, citing that it has trained thousands of people and impacted a lot of lives through edge cutting research.

“We currently have 37,000 students. We had actually reached 50,000 students a few years back but there was an outcry that we did not have the facilities to manage the numbers so we started reducing the numbers. And we are still reducing gradually because we want to reduce the number of undergraduates and increase the number of graduates. We think that the optimum number will be about 25,000,” said Prof. Nawangwe said.

According to Prof. Nawangwe, Makerere University wishes to collaborate with Somali National University in every area in order to learn from each other. “You have chosen to start collaboration in the area of public health which is a very important area for our region because of our very fast population growth and the challenges we are going to face, climate change and new diseases and so on. But we are open to collaborate in all the other areas,” he said.

Sweden through SIDA has supported Makerere University to develop capacity and research, supporting over 400 staff to acquire PhDs.

“We appreciate the hospitality. We look forward to working with Makerere University. Somali National University was created in 1950, about 28 years after Makerere University was created. We were one of the largest universities in Sub-Saharan Africa before a civil war broke out in 1991. At that time, we had about 11 schools. When war broke out, everyone who was involved in education left for overseas. The University was reopened in 2014 after relative peace and stability and since 2014, we have established 12 Faculties and I am here now six months as a Rector,” said Prof. Omar Mahadalle.

The Somali Ambassador to Uganda, H.E. Ali Mohamud Mohamed said Somalia has stabilized and the country is resuming to empower universities to continue training and research.

“Somalia is now a peaceful country courtesy of countries with troops under bodies like AMISOM, and one of them is Uganda. We thank President Museveni and all the Uganda government for the support. Now 80% of Somalia is peaceful. There is nothing to worry about if your teams wish to come to Mogadishu,” said H.E. Ambassador Mahamud Mohamed.

He also said it was a great privilege for Somali National University to partner with one of the best universities on the continent citing that it has produced several of the region’s leaders as well as those in currently under the Somali government.

“I am glad and privileged today to witness the signing of the MOU between two great institutions and I thank everyone who has been able to see this come through.”

She added that MakSPH is working towards integrating Sustainable Development Goals, being a member of SDG Cluster 3 of the International Association of Universities (IAU), created under the auspices of UNESCO.

“IAU has mapped out clusters for each Sustainable Development Goal and we are a set of universities that are doing this. We coordinate the Cluster and we represent Africa on that Cluster for SDG3. There are also other members from other continents like Western Sydney University, Karolinska Institutet several others. Each continent has a University,” said Professor Wanyenze.

Dr. Fredrick Makumbi, the Deputy Dean MakSPH said; “We are very excited about the MoU with you. The School of Public Health where you are is one of the 29 Schools in the 10 Colleges with nine academic programs with more than 800 students. We are proud of being part of public health research and innovations and we have extensive partnerships. We proud that you are going to be part of this amazing network of partners.”

In this three-day visit, the delegation of Somali National University paid a courtesy call to Principal, Deputy Principal, and other Deans in the College of Health Sciences, Mrs. Winifred Kabumbuli, the Dean of Students Makerere University (Mak) and held talks with MakSPH Heads of Department to discuss way forward as well as interfacing with Somali Embassy and Makerere University Somali Students.

School of Statistics and Planning receives ICT equipment worth $500,000 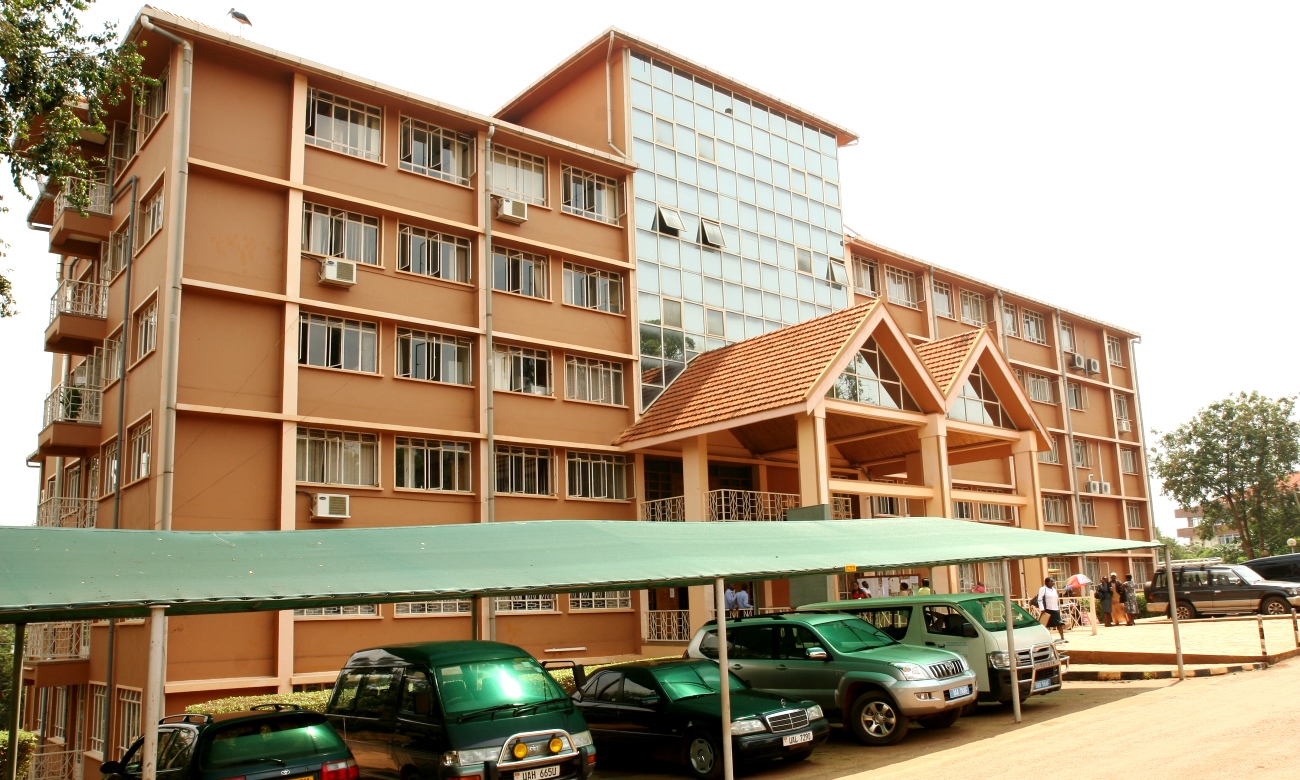 The Directorate of Research and Graduate Training (RGT), Makerere University has released the admission lists for applicants successfully admitted for postgraduate programs for the 2021/22 Academic Year. The lists include postgraduate diplomas, PhD and Masters programmes. 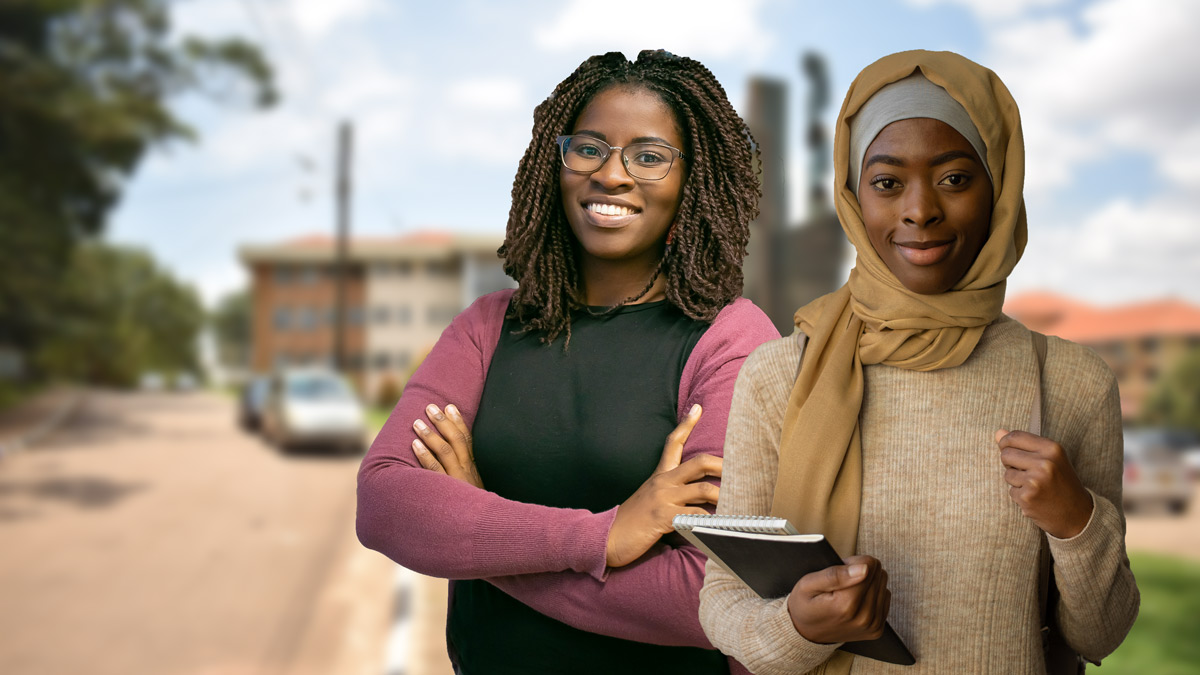 The Office of Academic Registrar, Makerere University has released lists of applicants who appealed and have now been admitted.

The following candidates have been admitted as follows;

The lists for the successful appeals for Private Sponsorship Scheme, Re-advert and mop-up for International applicants can be accessed below: 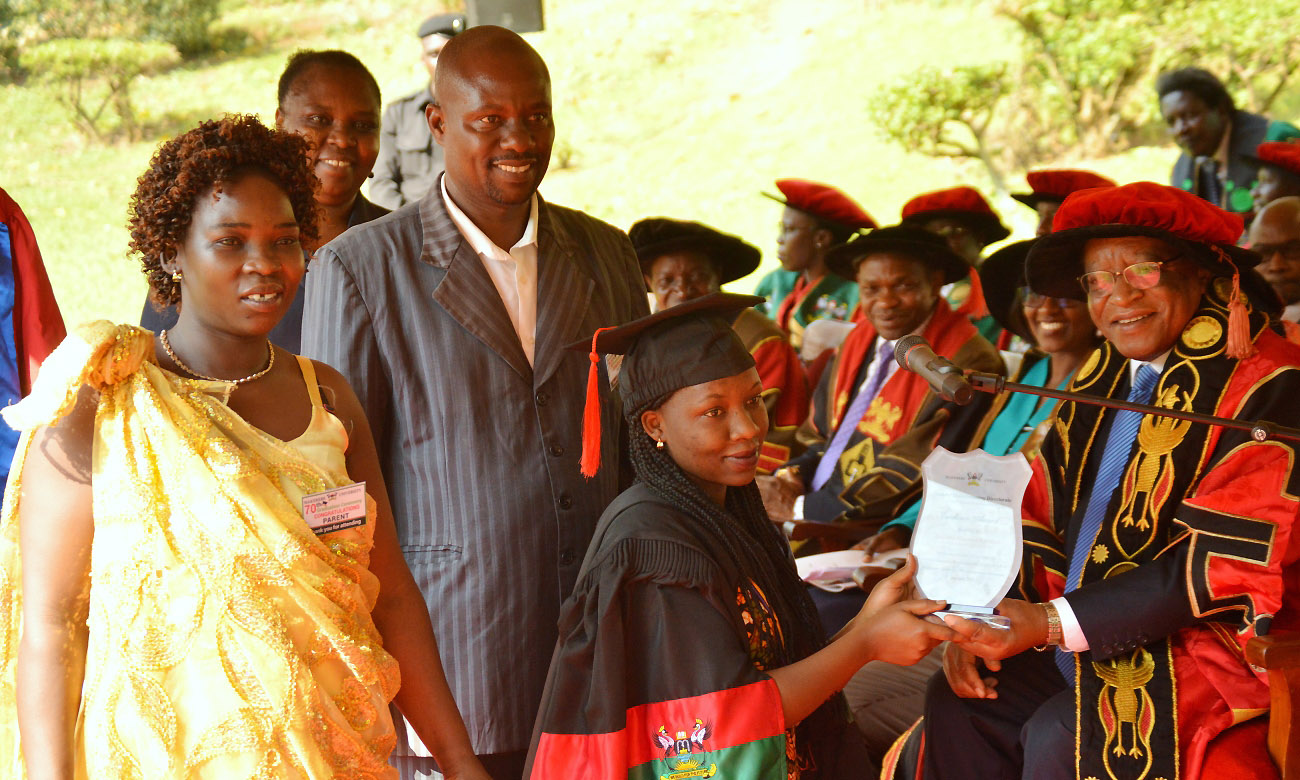 In 2010 Makerere University established a Fees-Waiver Scholarship Scheme managed by the Gender Mainstreaming Directorate. The Scheme supports academically bright female students from disadvantaged socio-economic backgrounds to study various undergraduate degree programmes at Makerere University. The scholarship is administered by waiving off tuition and functional fees ONLY for the duration of study programmes of the scholarship beneficiaries. The applicant must be able to meet other costs by herself (for their feeding, accommodation and other learning necessities required by the University) for the duration of the scholarship and study period.

The Gender Mainstreaming Directorate is pleased to announce 40 Fees Waiver scholarships for the academic year 2021/2022.  All Programmes in the 10 Colleges of Makerere University are eligible for this scholarship support and each College has four slots.

An application shall be deemed complete once it contains the following attachments;

NOTE:  Only shortlisted applicants will be contacted.