The world is currently undergoing a paradigm shift towards a circular society in which resources are recovered and reused rather than discarded. The global population has surpassed seven billion people, and rapid urbanisation in many areas is putting a significant strain on our ability to provide basic services to all. The Sustainable Development Goals highlight the fact that millions still lack access to food, healthcare, water and sanitation. At the same time, it is increasingly evident that we are consuming the Earth’s resources and releasing waste into the environment in an unsustainable manner. The resulting effects on climate change, biodiversity loss and changing nutrient cycles threaten to over-step critical planetary boundaries. Crossing these boundaries has the potential to cause irreversible environmental change and to threaten the ability of humanity to develop and thrive. Sanitation systems manage carbon, nutrient and water flows, which are key resource flows that affect the planetary boundaries and thus should be recovered and recirculated instead of being released into the environment. Increasing resource recovery within our sanitation systems can play a critical role in shifting to a more sustainable society.

There are significant resources within excreta and wastewater fractions that can be recovered and turned into useful products. For example, the average person excretes 4.5 kg of nitrogen, 0.5 kg of phosphorus and 1.2 kg of potassium every year. These elements and other micronutrients found in excreta are critical for the fertilising and restoration of agricultural soils. The energy value of faeces is on average 4 115 kcal/kg of dry solids. This energy can be utilised as a renewable energy source. On top of this, there are large volumes of wastewater that can be captured, cleaned and reused. However, human excreta and wastewater contain pathogens and other undesired substances, risks that need to be managed in a reuse system. The growing demand for recycling needs to be complemented with a growing knowledge of how to do it safely.

The aim of this document is to provide an overview of the possibilities for resource recovery from sanitation and provide guidance on treatment processes to achieve safe products for reuse. The focus of this document is on resource recovery from the organic wastes managed in sanitation systems and, to a lesser extent, on the recovery of water and energy generation. Resource recovery sanitation systems are defined as systems that safely recycle excreta and organic waste while minimising the use of non-renewable resources such as water and chemicals. Safe recycling means that waste flows are managed so that physical, microbial and chemical risks are minimised. Thus, the recycled product should not pose any significant health threat or environmental impact when correctly used.

The specific objectives of this document are:

Land Tenure System: A Challenge for Urban Development and Service Delivery in GKMA 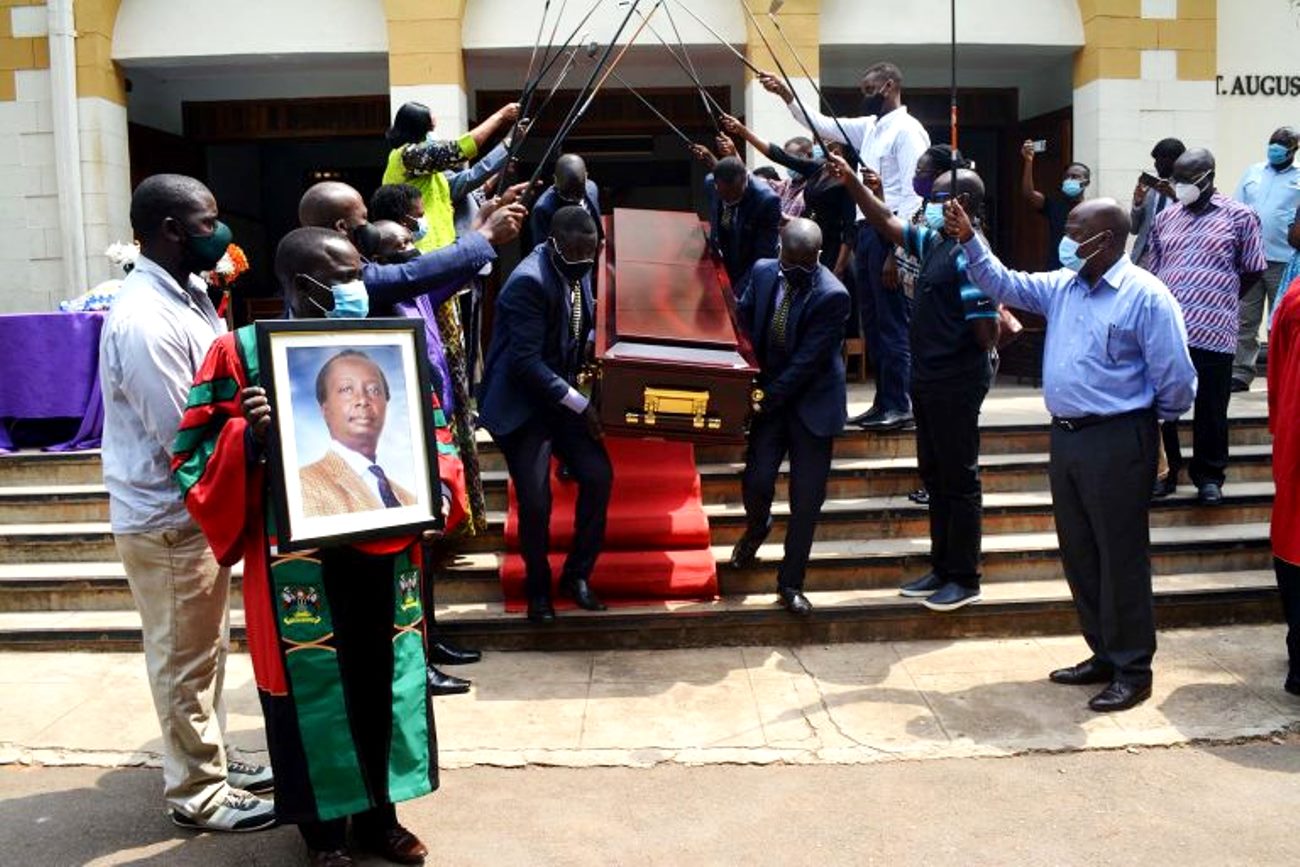 Staff of Makerere University on February 23, 2021 honorably bid farewell to their fallen comrade Prof. Anthony G. Kerali. As if to mimic the elegant and flamboyant lifestyle that he lived, the academic staff led by the Vice Chancellor, donning their academic gowns, escorted the casket into the church.

Prof. Kerali was described by many as a simple, quiet and intelligent individual who performed exceptionally well in everything he did.

“We are sincerely grateful to God that Prof. Kerali was able to share his knowledge with thousands of students through teaching, mentoring, field work supervision and his day to-day life. He was a man who offered distinguished service to Makerere University and the country,” the Vice Chancellor, Prof. Barnabas Nawangwe, said.

Prof. Kerali was described as a prolific writer who won research grants worth USD 2million. He was passionate about education, its transformative impact on society and an individual’s upward mobility.

One of his Colleagues at the College of Engineering, Design, Art and Technology (CEDAT), Dr. Dans Naturinda shared his education journey with Prof. Kerali. “Dr. Anthony Kerali was one of the lecturers who had to teach me in a one-man class; he taught me Strategic Management in Construction, one of the courses that shaped my outlook to inspire and influence the Ugandan construction industry,” he said. Dr. Dans described Kerali as a good father-figure and professional. 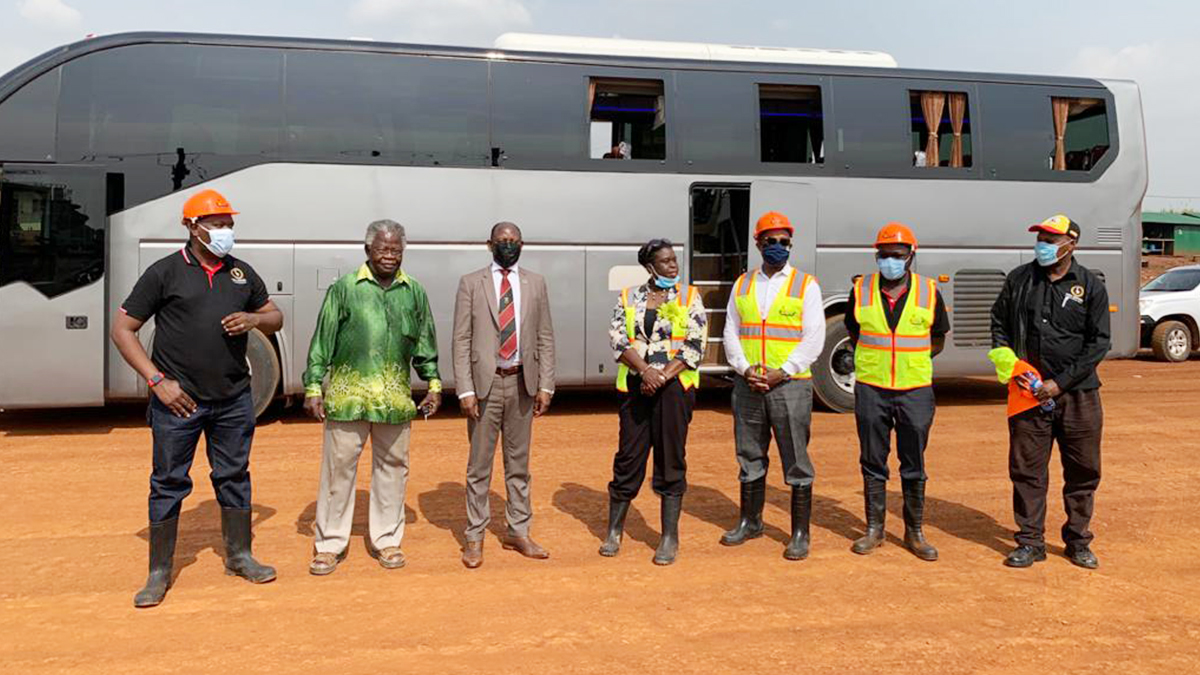 The 47-seater executive coach, the first of a kind in the East and Sub Saharan -Africa that was unveiled by the automotive industry leaders Kiira Motors at UPDF’s Luwero Industries in Nakasongola on 17th February 2021. The bus had just returned to Kampala from a 900 kilometers roadshow trip in western Uganda where it was showcased to excited Ugandans- who applauded the Ugandan engineers for proving to the world that the country can now produce commercial vehicles locally. Kiira Motors is led by the Executive Chairman Prof. Sandy Stevens Tickodri-Togboa. Prof. Tickodri-Togboa taught at and served as a Deputy Vice Chancellor(Finance and Administration).

Makerere University Vice Chancellor Prof. Barnabas Nawangwe is one of the prominent Ugandans who have had a ride on the Kayoola Diseal Bus . He stated thus ; “It feels good to be aboard the ultra modern Kiira Kayoola Diesel bus, designed by Makerere University trained engineers and built in Uganda by Ugandan engineers with more than 50% indigenous parts. Finally we are on the move.”

While flagging off the bus from Nakasongola to Kampala , Maj Gen Sabiiti Muzeyi, the Luweero Industries General Manager appealed to Ugandans to support the state owned nascent car manufacturer in order to develop the country’s automotive industry.

“Ugandans need to support our own because when we produce and no one consumes the products, we put their work down. This bus is the best I have ever seen. It has the finest features, it consumes only 22 litres of diesel per 100 kilometers and I don’t know whether there’s any part of the country this coach doesn’t reach,” Gen Sabiiti stated .

Kiira Motors and the partners plan to produce and deploy 1,030 Buses by end of 2021, 50 of which will be electric. Makerere University is one of the equity partners of KMC. 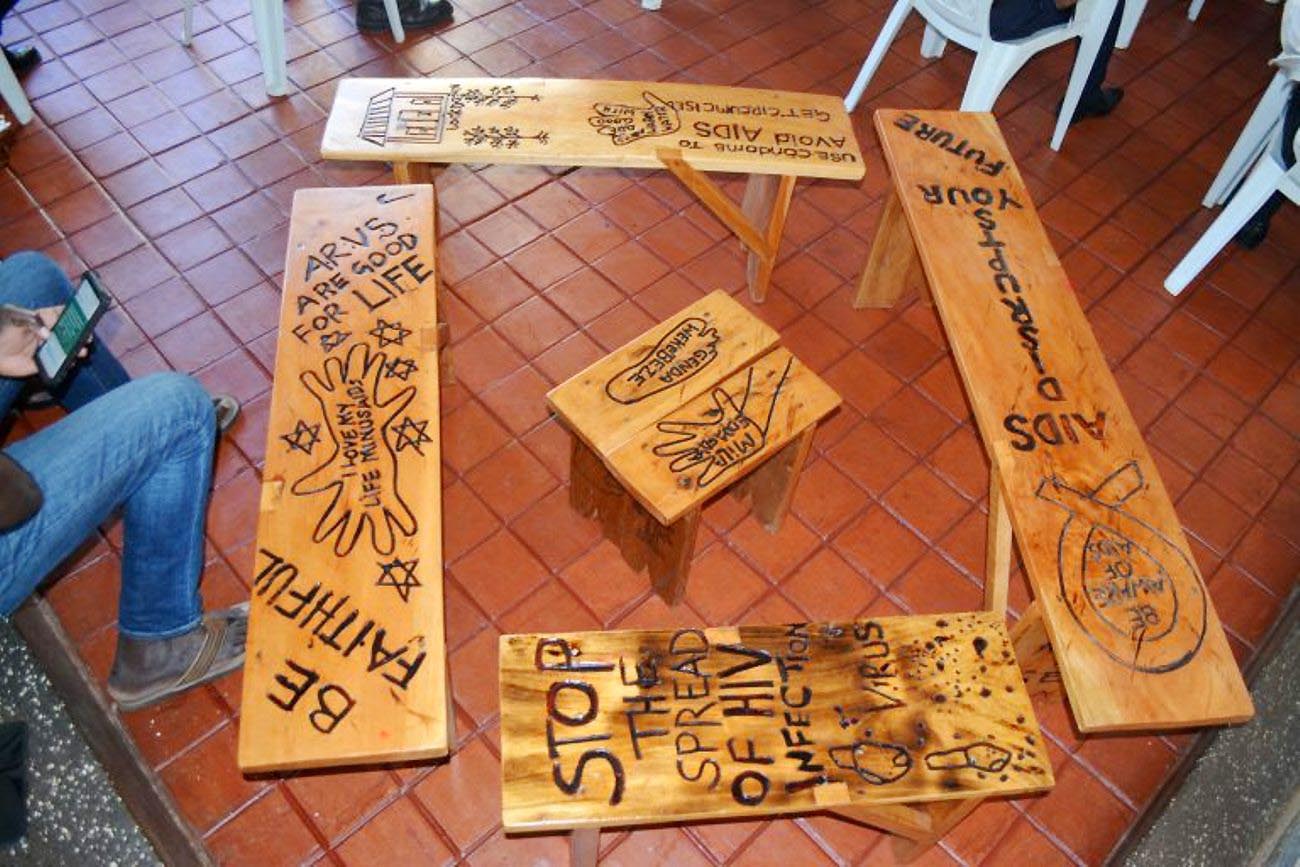 Researchers have been called upon to increase awareness about HIV among the population. The call was made by Rtd. Maj. Rubaramira Ruranga, during the opening of Mr. Robert Ssewanyana’s art exhibition that sought to create HIV awareness and prevention in slum areas of Kampala. Maj. Rubaramira said the biggest reason for the increase in HIV is lack of knowledge and information by the population especially in the rural areas.  The exhibition was attended by the Deputy Vice Chancellor (Finance and Administration) Dr. Josephine Nabukenya as well as organisations doing HIV treatment and rehabilitation.

Maj. Rubaramira said there was no reason as to why people should contract HIV even if raped. He pointed to the existence of post-exposure prophylaxis (PEP), an emergency treatment to prevent HIV after exposure. This treatment is given before 72 hours after exposure or rape.

The spread of HIV has been on the rise especially among the young people aged between 15 and 24 years.  This has been due to lack of knowledge about HIV especially among the rural communities. In the urban centres, HIV increase has been attributed to a number of factors, including, poverty, illiteracy, ignorance, a thriving commercial sex industry and lack of knowledge of matters relating to the spread of HIV. To this end, Mr. Robert Ssewanyana, an artist and lecturer at the Margaret Trowell School of Industrial and Fine Art set out to work with communities in an effort to create awareness and prevent the spread of HIV. He worked with communities of Bwaise, Ndeeba and Katwe.