Her Excellency the Ambassador of the Royal Danish Embassy Nathalia Feinberg on Tuesday 23rd November 2010 handed over this new Pharmacy Building to Makerere University. This additional infrastructure will enable Makerere increase the number of pharmacy graduates to 320, a dream come true for the department that has only been able to house 10 students annually.

In 2005, the Government of Uganda obtained funding from DANIDA – Government of Denmark, under the funding framework of the Ministry of Health and the Government of Uganda Health Sector Programme Support Phase III. Part of the support, valued at DKK 15million (approx. 2.8million USD) was earmarked to support the Pharmaceutical Human Resource Management for the Health Sector. It is this support that has brought the Pharmacy building to life, as a foundation for improvement of the capacity to train pharmacists and pharmacy technicians in the country.

After a worthwhile tour of the breathtaking building, the founder and father of the Pharmacy Department, Head Prof. Richard Adome Odoi highlighted that this was a great accomplishment of what started as far back as 1988.
“Makerere University started the Pharmacy Department in 1988 after realizing that the Health cadres in pharmacy were very deficient in the country,” said Prof. Odoi.

In this country, there are currently 390 registered pharmacists and the ratio to population is 1: 82000. The World Health Organization (WHO) recommends a ratio of 1:2000. Prof. Odoi, in his remarks confidently highlighted that this building will go a long way in training more pharmacists so as to bring the current ratio closer to WHO standards.

Prof. Nelson Sewankambo, the Principal, College of Health Sciences noted with enthusiasm that this was a stepping stone for the department of Pharmacy to grow into a school of its own. He further challenged the department to not only work closely with other academic programmes but also to extend its collaboration to the lower cadres of training so as to reach the farthest places of this country.

Representing the Vice Chancellor, the Deputy Vice Chancellor Academic Affairs Prof. Lillian Tibatemwa-Ekirikubinza not only thanked the Danish Ambassador for the Danish Government’s generous support. She assured Her Excellency that the infrastructure would boost the Department of Pharmacy further in increasing the

Representing the Minister of Health, Mrs. Oteba Neville confessed that Uganda faces a very low supply of the Human Resource in this sector. “With the establishment of this building, it is my hope that there will be an increase in the number of pharmacists trained in the country, which will play a significant role in increasing the established positions in government pharmaceutical health units by the Government of Uganda.” Mrs. Oteba said.

In a calm and sophisticated manner, the Danish Ambassador Nathalia Feinberg remarked that in as much as Uganda has made a great progress towards fulfilling most of the Millennium Development goals, there is still a challenge in maternal and infant mortality rates and many others.

“Human resource development has been one of the core components of Denmark’s support to the health sector in Uganda for over two decades with the hope that this will go a long way in fulfilling the millennium development goals and the health sector,” highlighted the Ambassador H.E. Feinberg further noted that as long as there was a lack of pharmacists and technicians, the health sector goal of ensuring the availability of adequate essential medicines and health supplies required for delivery of national minimum health care package would not be met.

The Ambassador concluded by confessing that the Danish Government has been working hard to ensure that there are quality and affordable medicines in the Ugandan health sector. This has been done through strengthening the Uganda National Medical Stores’ capacity to procure, store and distribute medicines, alongside initiatives like the construction of the Pharmacy building, to ensure that there is more appropriate manpower to support these efforts.

“I hope we are going to see more pharmacists being trained now that this structure is in place.” Ambassador Feinberg remarked. 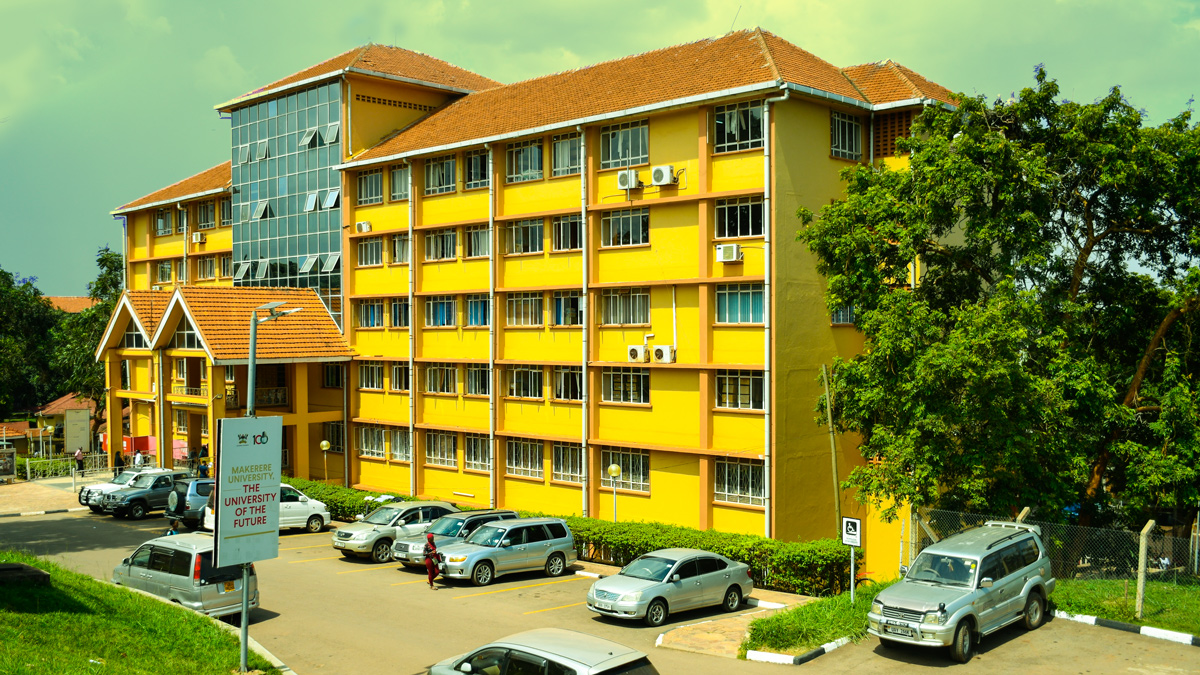 Access the links below for the lists categorised under Science-based and Humanities based programmes respectively: