The clouds gathered as the clock struck midday, threatening to pour out their rain, perhaps to bless the day’s proceedings, as the Muslim community gathered on Saturday 17th December 2022 at the Main Campus to celebrate 75 years of Islam and 50 years of the Makerere University Muslim Students Association (MUMSA). Suddenly, and as if sensing that the dignitaries were about to arrive, the dark clouds cleared, giving way to a bright sunny afternoon. Right on cue, a grand motorcade gently made its way to the Frank Kalimuzo Central Teaching Facility, stopping right in front of the Main Entrance. Out he alighted, graceful, resplendent in his flowing white tunic to exchange Salaams with the welcoming party.

Welcoming the Chief Guest, Prof. Kakumba conveyed the warm greetings of the Vice Chancellor, Prof. Barnabas Nawangwe who was away on official duty and thanked Rt. Hon. Majaliwa for leading the delegation to represent the President of the United Republic of Tanzania, H.E. Samia Suluhu Hassan at the esteemed occasion. “Makerere has grown by leaps and bounds from the good establishment and relationship it has enjoyed with the people and Government of the United Republic of Tanzania.”

The Acting Vice Chancellor added that the University Mosque, officially opened in May 1948 by His Highness Crown Prince Abdulla of Zanzibar, is testimony of this good relationship that has existed between Makerere and the Sultan of Zanzibar.

Prof. Kakumba noted that the University Management nevertheless takes cognizance of the fact that Makerere is a secular university that highly respects and gives due consideration to the different religious affiliations and the freedom of worship. “It is the reason why the Management has been very supportive of the different sects of religion and creating opportunity for their growth and engagement of knowledge. For example, under the leadership of the Principal of the College of Humanities and Social Sciences, Makerere University hosts many centres of languages, among them the Centre for Arabic Language.”

He concluded by admitting that in addition to priding itself in a century of training Human Capital and leadership for the region such as Tanzania’s Founding Father H.E. Julius Kambarage Nyerere, Makerere University is privileged to host the Julius Nyerere Leadership Centre. He therefore requested the Rt. Hon. Prime Minister to convey the institution’s warm greetings to H.E. Suluhu Hassan, whose role as Head of State has inspired many young women particularly those of the Muslim faith to take on leadership roles.

“I also understand the relationship you have between Makerere and the University of Dar-es-Salaam and the programme of exchange of students. This is of course making the East African Community to be strong, and we expect to establish a lot of programmes that will develop our colleges” added the Rt. Hon. Prime Minister.

In the true spirit of the East African Community, Rt. Hon. Majaliwa Majaliwa delivered his congratulatory remarks in Kiswahili.

“I am happy to be here today because of two important reasons, one is we are celebrating 75 years of Islam and the second one, the Chief Guest today is going to deliver the speech through Kiswahili, which is the EAC language and AU language, so I will try to go slowly so that you don’t get lost” he counseled, much to the amusement of the majority English-speaking audience.

Prior to the Chief Guest’s address, the Deputy Turkish Ambassador in his remarks acknowledged that Makerere plays a vital role in developing human capital for the improvement of Uganda and the East African Community, “I think this country is lucky to have such a well-established and qualified university because education of new generations is the most essential part of development and stability of the country.”

Delivering a highly abridged version of his keynote address owing to the activity-packed programme, Prof. Abasi Kiyimba started by sharing that in 1997, Makerere was privileged to host both H.E. Benjamin Mkapa and H.E. Ali Hassan Mwinyi as the University, Islam and MUMSA celebrated 75, 50 and 25 years of existence respectively.  He added that Makerere had benefited most from the Southern route through which Islam reached Buganda Kingdom from Zanzibar, in the form of teachers, scholars and the brand of Islam practiced. The other two routes through which Islam reached Uganda and Buganda Kingdom were the Eastern route through Mombasa and Northern route through Sudan.

He added that the formation of MUMSA in 1972 was a significant development in the history of the Muslim Community, for it helped to formalize the Association’s membership and constitution as well as nurture leaders such as the founding Chairman Dr. Makumbi, now a retired Doctor in Kasese. Turning to the fundamental role played by the Sultanate of Zanzibar in donating the first University Mosque, Prof. Kiyimba said “we cherish very much our relationship with the Muslims and people of Zanzibar.”

The Chairperson MUMSTAF Dr. Aisha Nakiwala in her welcome remarks thanked the University Management for various infrastructure projects that have benefited the Muslim community, and support extended to Students’ activities. She thanked the Chief Guest  for gracing the event and requested him communicate to H.E. Suluhu Hassan that her invitation to visit Makerere University and address the community still stands and remains highly anticipated particularly by the female Muslim Staff and Students.

The celebrations notwithstanding, when the call for prayer was made, the Chief Guest, visiting delegation and Muslim faithful put the day’s proceedings on hold and made their way to the University Mosque. The proceedings, ably moderated by Dr. Muhammad Kiggundu Musoke were graced by the past leadership of MUMSA, most notably Hon. Al Hajji Latif Ssebagala – Chairman MUMSA (1992-1994), whose energetic salaams to the faithful led smiles to break across their faces.

The current Chairman MUMSA Mr. Noordin Mutebi appealed to the gathering to support the association’s outreaches to less privileged communities in Uganda, by procuring a bus to help transport participants and eliminate one of the biggest recurring expenses. Responding to all the requests put forth, Rt. Hon. Majaliwa offered to update H.E. Suluhu Hassan on the invitation to visit Makerere. He equally pledged to contribute Six (6) Million Tanzanian Shillings to help various causes of the Muslim community and work together with the leadership to address the bus issue raised by the MUMSA Chairman.

Applications for Diploma Holders under the Government Sponsorship Scheme 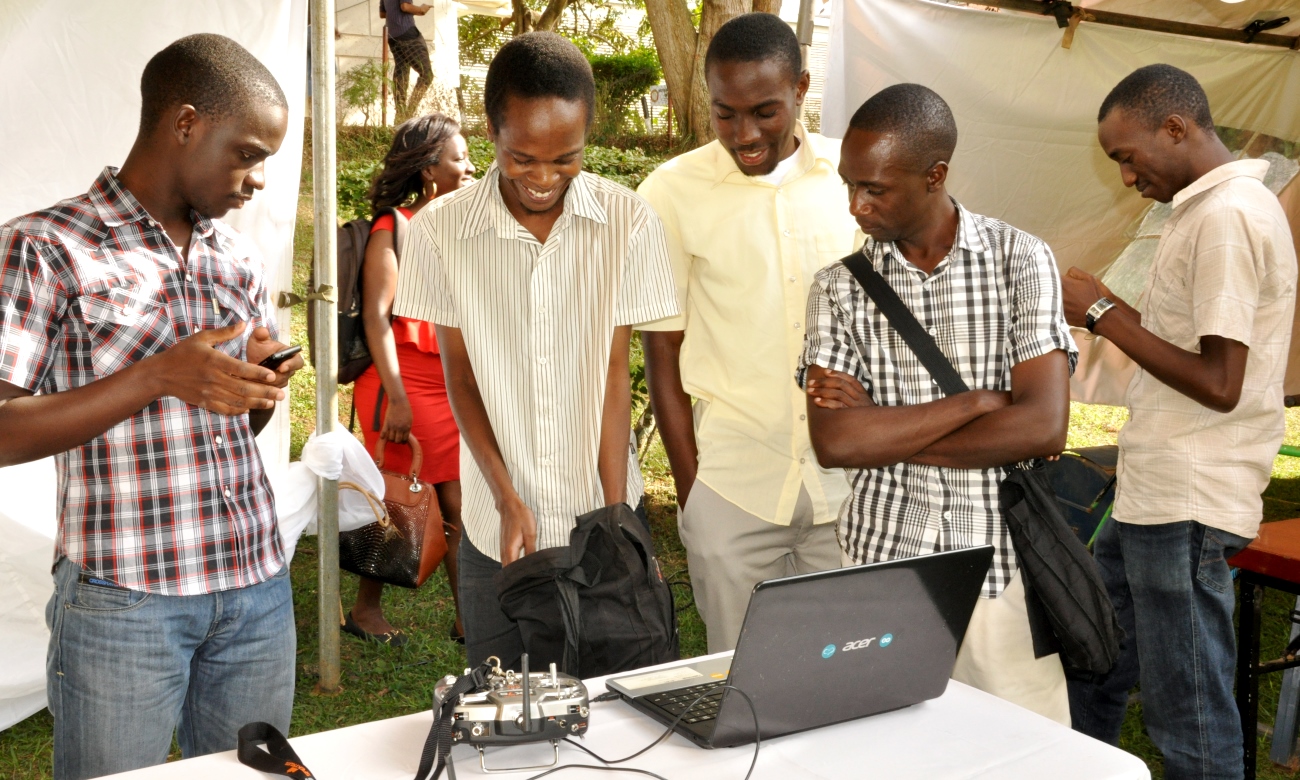