In order to support the implementation of high impact Research and Innovations that contribute substantially to accelerating national development, the Government of the Republic of Uganda has committed a special Research and Innovation Fund (RIF) to Makerere University to the tune of 30 Billion Uganda Shillings per year. In line with this, using the government fund, for the last two financial years; 2019/2020 and 2020/202, Makerere University is supporting the implementation of over 500 cross-disciplinary research and innovation projects.

Makerere University anticipates to receive more funding in the next financial year (2021/2022) and thusis happy to launch the call for proposals for the Mak-RIF Round 3, Track 1: New Research & Innovation Agenda-based Grants. The Round 3, Track 1 Grants will specifically target research and innovation ideas that align with priority thematic issues in the Mak-RIF’s instructive Research Agenda that arose from the Grants Management Committee’s consultation of stakeholders from all key sectors in Uganda’s economy.

The call officially opened at midday, Thursday April 1st , 2021 and will run until 11.59pm EAT, Sunday May 2nd, 2021. The grant guidelines and application form are available on the Mak-RIF Portal: https://rif.mak.ac.ug specifically https://rif.mak.ac.ug/call-for-application-round-3/ . Please refer to the detailed grant guidelines for the timeline of key activities related to this grant call, which includes various researcher support activities. Questions and clarifications can be sent to the Mak-RIF Secretariat through the email: info[at]rif.mak.ac.ug.

A big thank you to all researchers and innovators for the continued support. ‘Let us all continue to contribute to our country’s development through research and innovation, as We Build for the Future’ shared Prof. William Bazeyo, Mak-RIF Chair.

Related Topics:DevelopmentfeaturedinnovationMak-RIFresearchRound 3Uganda
Up Next

Zakumumpa and Team Win WHO Grant 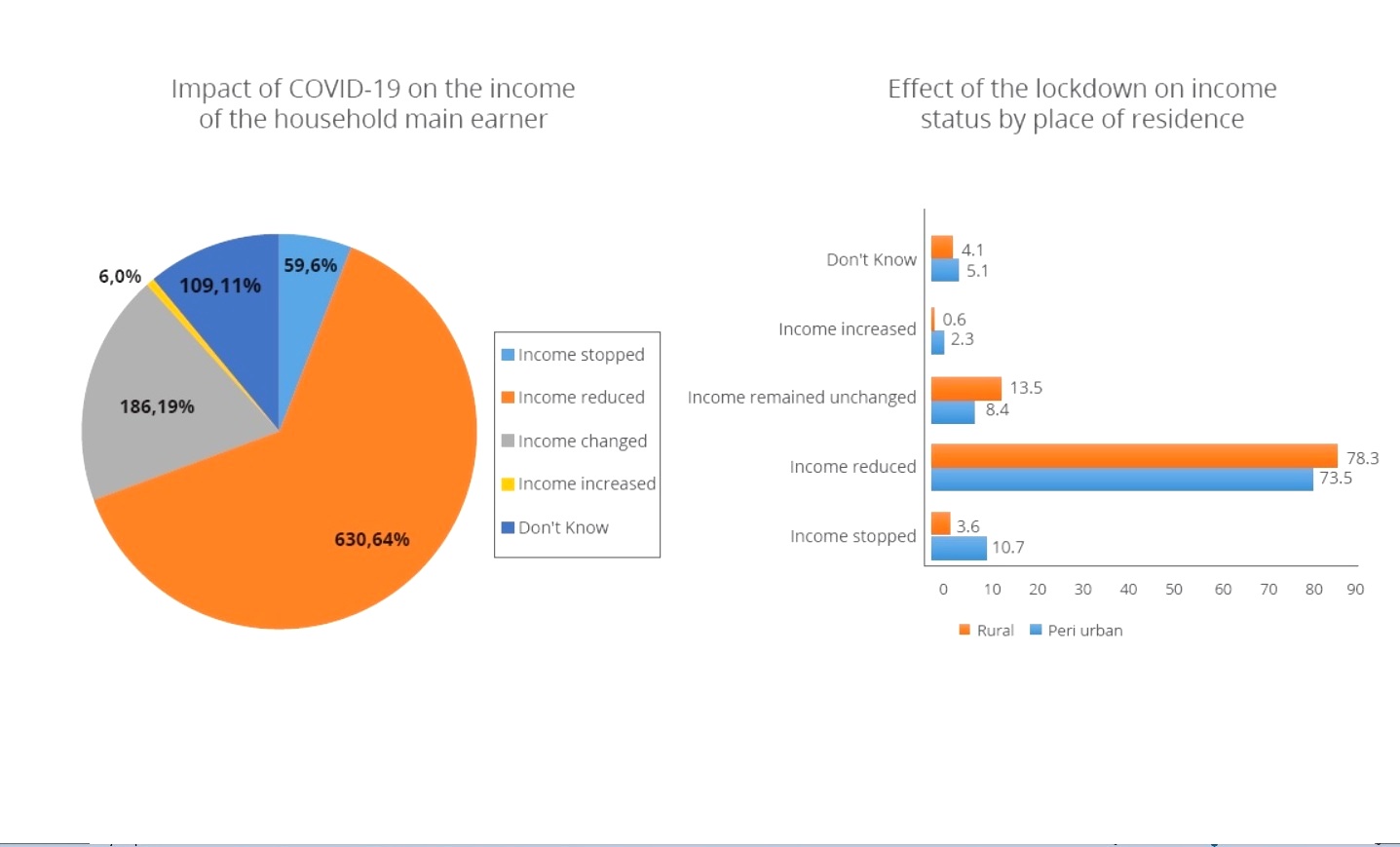 Uganda is currently experiencing a second wave of the COVID-19 pandemic with an upsurge of cases. The country registered an 81% increase in the number of COVID-19 cases between March and April 2021, which indicates resurgence or another wave in the pandemic. From 200 cases per day in April, now the country is recording over 500 cases per day. The vaccines uptake has improved only recently, and the population has ignored the Ministry of Health (MoH) Standard Operating Procedures (SOPs) meant to contain transmission. Since March 2021, when the COVID-19 AstraZeneca vaccine was introduced, about 541,569 persons have so far been vaccinated.

On 6th June, new control measures were announced to mitigate the transmission. The Makerere University Centre for Health and Population Research (MUCHAP) which runs a longitudinal population-based cohort of Iganga and Mayuge districts (Iganga Mayuge Health and Demographic Surveillance Site) conducted a community survey to understand how citizens responded to the non-pharmaceutical interventional measures, and the impact on their livelihood. This survey was part of the routine community surveys that a typical health and demographic surveillance site conducts to understand the population dynamics in population cohorts. The hybrid survey involved about 2,000 households in rural and peri-urban settings using a questionnaire that adopted some questions from the Wellcome Trust COVID-19 tool. It was a hybrid of on-phone and physical interviews conducted between July and August 2020 right after the relaxation of restriction in Uganda. Community based surveys provide information on what to expect when piloting and implementing interventions in populations. In addition to the demographic and household characteristics, questions sought to understand the extent of community adherence to COVID-19 control measures and probed about the impact on socio-economic and access to health services.

Adherence to preventive measures: The survey found that 94% of the respondents adhered to COVID-19 non-medical control measures that were enforceable by security personnel. It was different for non-pharmaceutical measures that were largely dependent on individual enforcement or discipline and this averaged at 43% of the respondents. Six in ten respondents reported doing most of their work from home and half (50%) avoided seeking medical care at health facilities during lockdown.

The non-pharmaceutical guidelines included using preventive actions like social-distancing, hand washing with soap, the use of alcohol-based hand sanitizing gels as well as wearing of face masks. Citizens were encouraged to stay at home with the exception of essential workers who rendered critical services. Some community members could not adhere, not because they do not take it as a priority but because of the cost implications.

Socio-economic impact: There was change in the living arrangement in 12% of the households mostly because someone moved out or into the household. Community members reported a reduction (64%) in the income for household members with some experiencing a complete stop in earnings (6%). Residents in rural settings reported more reduction in income compared to Peri-urban residents (78% vs 74%). There are seemingly unique circumstances that need to be considered as interventions and decisions are made. For instance, it should not be surprising that a household cannot afford to have a bar of soap, a face mask, an alcohol-based hand sanitizing gel and social distance because of the living structures. In some cases, even accessing water is a luxury for some homes. There are some homesteads that are unable to grow food or earn an income from selling cash crops because they leased their pieces of land for large scale sugarcane growing 3 or 4 years ago, with just a house and a few feet of compound to spare. Unfortunately, such individuals have no access to social media where they can express their predicament.

The survey further found out that during the 2020 lockdown period, there was a general increase in violence against men, children, and women. There were cases of child neglect as well as marital problems. The survey found that 53% of the respondents reported increase in marital problems, while violence against women during the lockdown was reported by 51% of the respondents and was more common among rural residents compared to their Peri-urban counterparts. Residents could not access what they considered essential needs like transport and education services, which were directly affected by government directives and other community services. Communication was the most affected essential service reported.

Access to Health Services: 26% of the interviewed community members who were on daily medication due to a chronic or long-term condition reported running out of drugs during lockdown. Non-affordability due to the cost was the main reason in 54% of respondents, while 19% reported cases of stock-outs at both public and private health facilities and 10% were restricted by lockdown measures.

In another review of the immunisation records at Busowubi Health Centre III in Iganga district, it was clear that during the lockdown, utilisation of immunization services was severely affected (manuscript is undergoing peer review). Children did not complete their scheduled vaccine doses which calls for catch up vaccination drives. People could not go to health facilities because of fear of acquiring infection and restricted movements of boda-boda.

Makerere University in Uganda formed the AI & Data Science Research Group, which examines various areas related to AI and data science such as ML methods, computer vision and predictive analytics. The group has conducted research on automated diagnosis of crop and human diseases, auction design for mobile commodity markets, analysis of traffic patterns in African cities, and the use of telecoms and remote sensing data for anticipating the spread of infectious disease, to name a few. 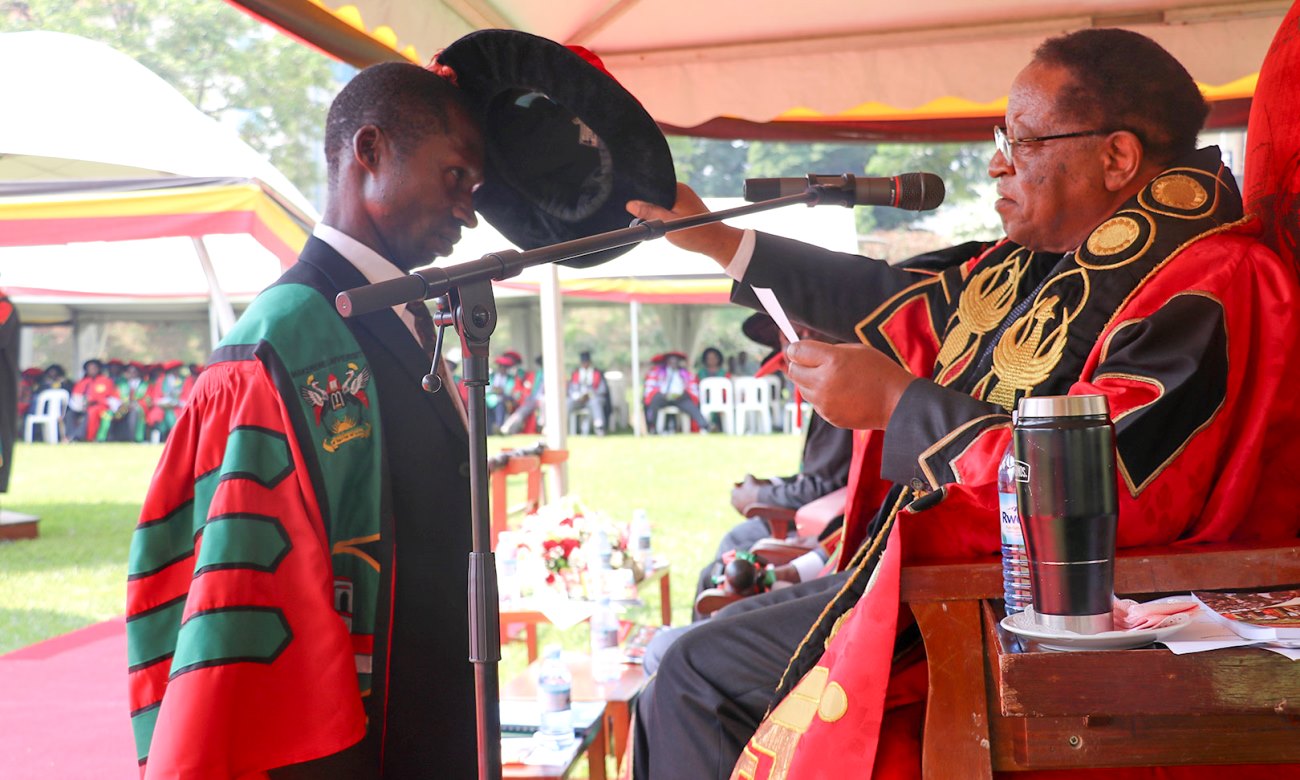 The Seed Grant for New African Principal Investigators (SG-NAPI) was established in response to the needs of researchers in developing countries, particularly those attached to institutions that lack appropriate research facilities. Under this scheme, grants can be awarded for research projects in Agriculture, Biology, Chemistry, Earth Sciences, Engineering, Information Computer Technology, Mathematics, Medical Sciences and Physics to Principal Investigators in the African countries lagging in science and technology identified by TWAS, to enable them to purchase the research facilities they need to enhance their productivity.

Seed Grant for New African Principal Investigators (SG-NAPI) is fully funded by The German Ministry of Education and Research (BMBF).