Environment conservationists have appealed to journalists to enhance their efforts on public awareness and policy action for forest conservation when executing their reporting duties.   This was during a virtual media engagement organized by the REDD+ East Africa (REDD-EA), on 13th October 2020, to provide updates on Building capacity for REDD+ in East Africa for improved ecosystem health and for sustainable livelihoods in Eastern Africa.

The meeting convened over 20 journalists, communication specialists, representatives from   Ministry of Water and Environment (MWE) and experts in environment conservation from REDD-EA at Makerere University.

REDD+ stands for; Reducing Emissions from Deforestation and Forest Degradation plus Conservation of Carbon Stocks, Sustainable Management of Forests, and Enhancement of carbon stocks.  It is a multilateral policy aimed at conserving forests for the mitigation of climate change.

According to the Principal Investigatorof REDD-EA project in Uganda, Prof. John Tabuti, REDD+ intends to control emission and increase the capture of carbon by forests. Its two (2) co-benefits are to conserve biodiversity and to enhance human wellbeing.

“REDD+ is a form of Payment for Ecosystem Services that was agreed to globally in 2007.   It is an incentive-based mechanism whereby countries and communities participating in REDD+ receive payments for conserving forests and achievements are reported in terms of avoided carbon emissions or sequestered carbon,” he said.

Speaking at the meeting, Prof. Tabuti acknowledged the significant contribution from the media when it comes to environment conservation. He however, noted the need for journalists to strengthen their reporting mechanisms on raising awareness and influencing policy for action on forest conservation in Uganda.

Prof. Tabuti said that the rate at which deforestation is occurring in Uganda calls for immediate intervention. To him, despite Government efforts to protect and conserve the natural forests, the country still experiences forest degradation.

Dr. Vincent Muwanika, a scientist on the REDD-EA project, called for a working mutual relationship between the media and environment experts to disseminate information among communities on environment conservation and the importance of protecting and conserving natural forests. “As specialists, we have more than enough data but when it comes to information dissemination, we need the media on board, because they have the language that appeals to the wider public. They have the writing, communication and reporting skills with unique traits that can take us far when it comes to informing the public, and influencing policy actions.”

The Moderator of the REDD-Media training, Ms. Ritah Namisango who is also the Principal Public Relations Officer at Makerere University emphasized the need for researchers and scientists to simplify the technical jargon/terminologies when speaking to journalists and the general public. “It is important to communicate your research using simple and clear messages. Maintain the facts and research findings, but communicate in a language that is understood by journalists and the local people. It is also time to consider the usage of audio-visual content and short videos to disseminate your research,” she said.

During the interactive training, the journalists urged the REDD-EA team and other projects at Makerere University to always engage with the media early enough and ensure that the media is on board from the inception, designing and implementation. Media engagement when designing communication strategies would enable the journalists and researchers/scientists to improve the effectiveness of communication.

The journalists and Communication specialists’ understanding of REDD+ was further enriched by Mr. Xavier Mugumya’s presentation titled: “How does Uganda benefit from the REDD+ policy?”

The Assistant Commissioner for Forestry/REDD+ National Focal Point, Ministry of Water and Environment, Mrs. Margaret Mwebesa, pointed out that the Government is working hard to slow and reverse the declining forest covers especially on private land. In a presentation on Uganda REDD+ Readiness Process, Achievements and Developments, Mrs. Mwebesa said that in 1990, 70% of Uganda’s natural forest cover was constituted by forests on private land and by 2017 this had reduced to only 38% due to deforestation and forest degradation.

She recognized the tremendous role played by the Government of Uganda to develop and enforce policies that are geared towards conserving Uganda’s forests and other natural resources.

In addition to promoting Public-Private-Partnerships, particularly those that depend on commodity value chains, Government has also initiated a mechanism through which REDD+ strategies will be integrated into the various sectors of development.

“Government included the National REDD+ Strategy implementation among the key priority areas for Public financing with effect from FY 2019/20. We are now lobbying sectors such as Agriculture, wildlife/tourism, energy, infrastructure, local governments, water and lands to incorporate the REDD+ strategies into their planning and budgeting frameworks,” she remarked.

Shading the journalist perspective on forest degradation and deforestation in respect to the role of media; Mr. Gerald Tenywa an environment journalist from New Vision noted that media in Uganda has played a critical role in setting the public agenda. We have uncuffed and followed up issues on sold and encroached upon natural resources,” he said.

Mr. Tenywa noted that media has for long played the education role, when it comes to environment degradation and conservation by training and informing the public about the importance of protecting and conserving natural resources.

“We have fostered the entertainment role by designing edutainment channels that convey the message in a manner that attracts people’s attention. Journalists have always deployed the watchdog/investigative tactics when carrying out their duties in respect to environment conservation. On many occasions we have dug deep into the details and followed up cases related to forest and swamp reclamation in Uganda,” he said.

In her presentation, Ms. Kellen Aganyira explained that social and environmental safeguards (SES) are a mandatory requirement for REDD+. In particular, full and effective participation of forest dependent communities is a critical safeguard that creates opportunities and reduces risks of REDD+. Accordingly, she conducted research to determine factors that influence local peoples’ participation in SES projects in Uganda. She found out that the youth are less likely to participate in SES projects implemented on private land. This finding is critical for Uganda, where 78% of its population is below 35 years. Hence the need to plan REDD+ incentive packages that are attractive to this age group.

Call for Applications – Masters Scholarships for students tenable at NTNU 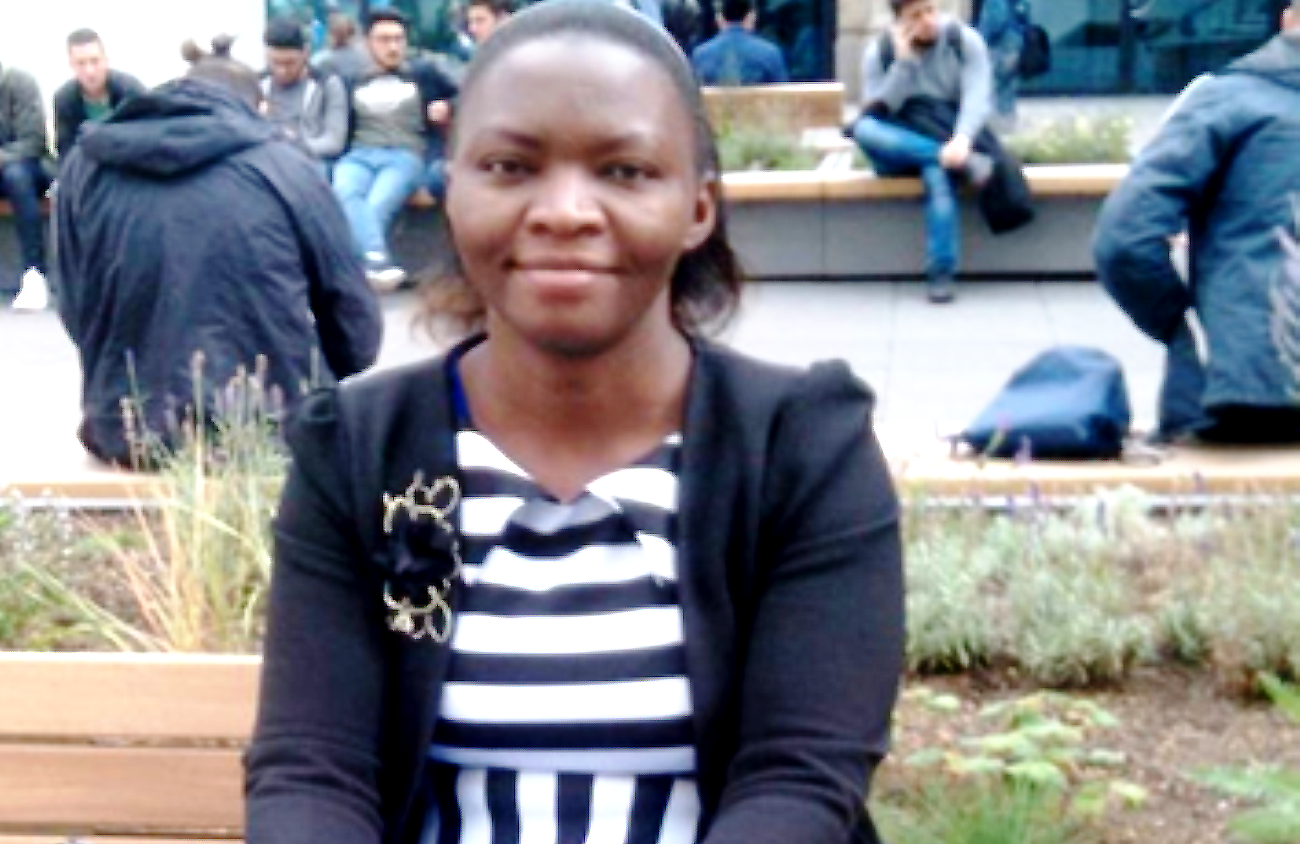 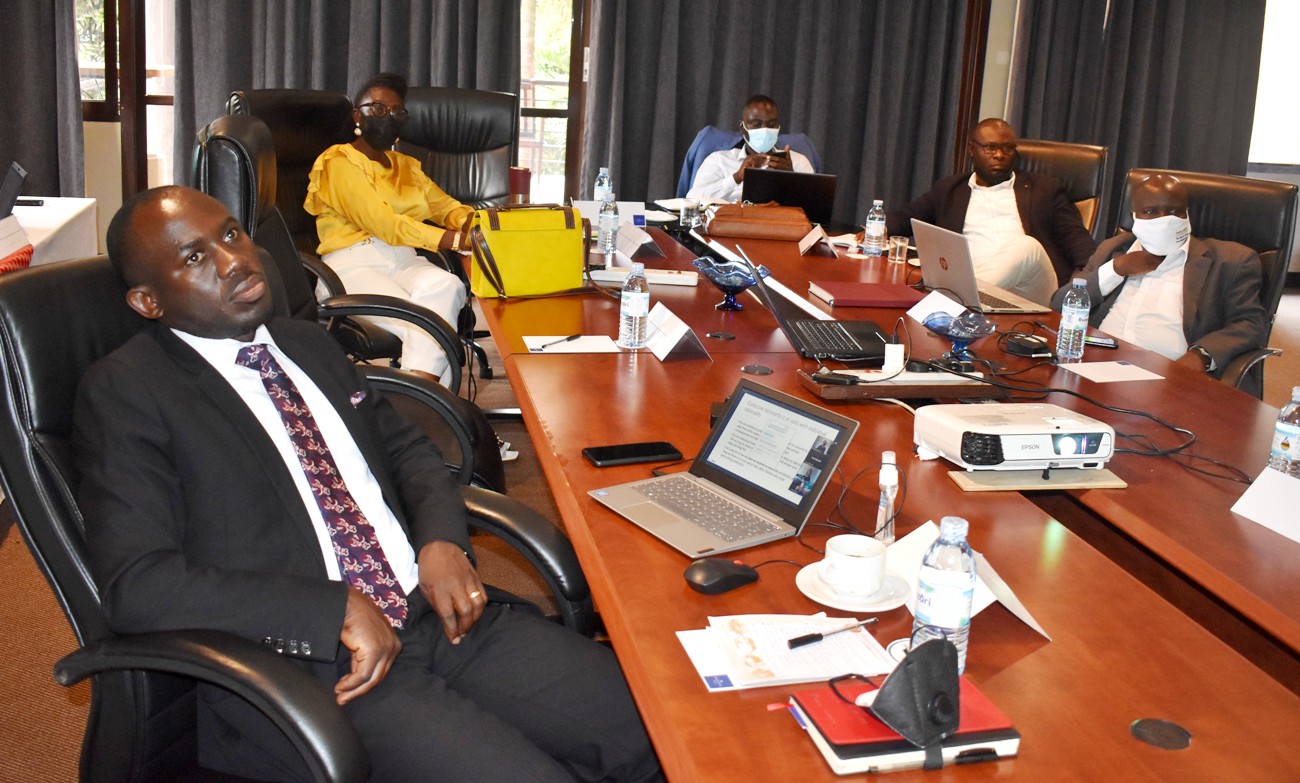 Officials from Uganda’s Ministries, Departments and Agencies (MDAs) have been equipped with skills and knowledge on how to design and enforce policy instruments to achieve compliance under the program called, Inclusive Green Economy (IGE) in Practice.

IGE program is aimed at strengthening Uganda’s capacity for transformation towards an Inclusive Green Economy largely under the United Nations SDG 8 that focuses on promoting sustained, inclusive and sustainable economic growth, full and productive employment and decent work for all.

The program focuses on the use of environmental policy instruments, and specifically economic instruments such as environmental taxes, pollution fees, subsidies or subsidy reduction and other types of fiscal incentives for societal development in line with the Global Agenda 2030.

Speaking during the training, Makerere University’s Policy Engagement Specialist in charge of coordinating the IGE training program, Mr. Peter Babyenda said the major aim of the program is to create capacity among public servants to plan sustainably, so that while planning, they should be mindful of the future generation in terms of environmental issues.

“Why tax? If you are to regulate, you use tax. We want them on board so that they get skills and plan well.

We have discussed various measures like tax and how you involve people. The public servants know these things but we want to remind them and give them new techniques so that while planning and budgeting,they should consider these issues if we are to sustainably manage the  environment”, Mr. Babyeda explained

Babyenda added that since the program inception in June 2021, two trainings have been conducted with the ones held on 16th and 17th September 2021 being the third and fourth respectively.

He said other trainings are planned for October 2021 and they will be wrapped up by regional trainings in November, 2021where the environment will be discussed generally among peers from Uganda, Tanzania, Rwanda, Ethiopia and Kenya and notes shall be compared.

“As you are aware, Rwanda and Kenya have gone ahead with green economy. Kenya is leading in terms of green economy and Rwanda is coming up as well as Tanzania but, in Uganda, the policy instruments are not being implemented.

Uganda was the first among those five countries to ban the use of plastics but up to now, plastics are in use and that is why we are targeting policy makers, so that they can advise the political class to manage the environment sustainably,” Mr. Babyenda stated.

Babyenda explained that this program  is an advanced in-service training with direct applicability in the participants’ daily work involving theoretical training within IGE, practical exercises, project development and support for implementing change.

Participants speak out on the training.

Moreen Anino is an Assistant Commissioner in the Ministry of Water and Environment.

“I am happy to have learnt about social inclusion and developing instruments that are acceptable by the public because this will help us to achieve higher levels of compliance during implementation of these policies” Ms. Anino said.

The following three-stage process was undertaken to identify the top 22 winners: