The Pro-Rector, University of Bergen (UiB), Prof. Margareth Hagen together with four members of UiB staff on Tuesday 5th November 2019 visited a number of units at Makerere University ahead of the 7th November 2019 celebrations commemorating 30 years of the Mak-UiB Collaboration programme. The delegation was hosted by the College of Humanities and Social Sciences (CHUSS), Makerere University Library and the College of Health Sciences (CHS).

Assoc. Prof. Ahikire in her remarks welcomed the delegation to Makerere University and CHUSS in particular, noting that at 30 years, the collaboration had indeed matured and was worth celebrating. She added that colleagues not only in the Humanities but also in the Natural Sciences had obtained their degrees at UiB and sincerely thanked the Pro-Rector for the generous support extended to staff capacity development at Makerere University.

Complementing the Acting Principal, Assoc. Prof. Mushengyezi noted that the Department of Literature had made significant strides in oral literature, research and publication with support from the Mak-NUFU (Norwegian Programme for Development, Research and Education) Folklore Project under Assoc. Prof. Dipio and Prof. Stuart Sillars.

The Dean added that the Department of Journalism and Communication with funding from the Norwegian Programme for Capacity Development in Higher Education and Research for Development (NORHED) had managed to recruit and train four PhD students. The funding was received under the Strengthening Media in Post-Conflict societies through Education and Research: Bridging Gaps, Building Futures in Uganda, Norway, South Sudan and Nepal project.

Contributing to the discussion, Assoc. Prof. Dipio appreciated the holistic support that her Department had received especially through the PhD training for staff. She also lauded multidisciplinary nature of the UiB Summer Research Schools and prayed that future schools would accord opportunity to more Humanities Scholars keen to share their knowledge with other disciplines.

Dr. James Taabu Busimba is a Lecturer in the Department of Literature who undertook the “madness” Re-language-ing Shakespeare for a Ugandan Readership as part of his PhD study. Recounting his experience, JTB as he is popularly known at the Department thanked UiB for the generous support accorded to him, which involved extensions to his stay as he finalized his thesis. This support, he said, enabled him to graduate with the highest distinction in philosophy, a feat he reckoned would have been hard to repeat elsewhere.

Delivering her remarks, Prof. Hagen thanked Makerere University and CHUSS for the warm reception accorded to her delegation as well as the invigorating discussions. The Professor of Italian Literature could not hide her excitement at being ‘home’. She noted that UiB under its Department of Foreign Languages offers degrees in nine languages namely; Arabic, Chinese, English, French, German, Italian, Japanese, Russian and Spanish.

She commended the Department of Literature for producing 4 PhDs under the NORHED programme added that UiB through its Department of Information Science and Media Studies seeks to address the convergence between journalism, communication and evolving technologies. She added that the UiB joined leading media and technology companies in Norway to form the Media City Bergen cluster, which gives its students all-round exposure to trends in the industry.

As collaboration coordinator on the Mak side, Dr. Semyalo thanked UiB for sending close to 400 students annually to Makerere for short term study opportunities. He noted that almost two-thirds of these students belonged to the clinical sciences and urged other faculties to explore sending their students as well.

Prof. Tylleskär on the other urged more PhD students at Makerere University to take advantage of the opportunities presented by the two-week Summer School at UiB. Six parallel courses with an application deadline set for 1st February 2020 will run from 8th to 18th June 2020 focusing on; climate governance, sustainable cities, sustainable oceans, media and democracy, global food systems, as well as migrant health.

As a way forward, the meeting agreed to lay strategies for the teaching of a short course in Norwegian every summer. This, it is envisaged, will help prospective students to be grounded in the culture and language basics prior to setting off for their studies in Norway.

Under the Ethnomusicology in Uganda Project, the Department of Performing Arts and Film with the support from the Grieg Academy at UiB and other partners established Music Archive in the Main Library Makerere University. This was the first stopover for the UiB delegation as they made their way to meet the Deputy University Librarian, Dr. Ruth Nalumaga.

The Deputy Librarian in her remarks thanked UiB for the support extended in establishing the Library Information System (MakLIBIS) as well as conducting the Learning and Teaching in a Digital World (LATINA) course. She also thanked the Government of Uganda for advancing UGX1.5billion to the Library’s E-Resources budget for this financial year.

The discussions with the UiB team then centered around the increasing struggles by University Libraries the world over; especially in smaller countries, to meet the high subscription fees charged by important international scientific journals. The officials agreed that forming national or regional consortia should be encouraged to advocate for lower annual subscription fees.

As an innovation, Dr. Nalumaga shared the Main Library has plans to digitize its entire newspaper collection, so as to create a paid E-resource accessible to the whole world, a novelty that was welcomed by the UiB delegation. The meeting further discussed the need to conduct information literacy training for not only students but staff as well so as to help fight the growing ‘fake news’ trend.

On 16th October 2020, Makerere University Main Library conducted a training in library resources
and information access. The orientation was attended by 65 freshers from Uganda Military Academy
Kabamba; enrolled for the Bachelor of Arts in Defense Studies of Makerere University.

In 2017, The Government of Uganda commissioned Kabamba Military Academy into an East African
Military University offering a three years’ degree leading to a Bachelor of Arts in Defense Studies.
Affiliated to Makerere University, the institution works hand in hand with the School of Social
Sciences to ensure that the course is well administered.

The Bachelors of Arts in Defense Studies -degree program is run concurrently with a one-year
military program at Kabamba Military Academy. Attended by cadets from the East African countries,
the programme aims at professionalizing the Army through combating both military and academic
skills to tackle the ever growing societal and security challenges in the region.

According to the Dean, School of Social Sciences, College of Humanities and Social Sciences who is
also a member of the committee that oversees the Degree programme Dr. State Andrew Ellias, two
intakes have been so far undertaken. The pioneer class was enrolled in 2019 with 60 cadets drawn
from East Africa and the second intake is expected to start 19 th October 2020 with 65 cadets.

“As the University responsible for the course, we have ensured that the institution receives all the
necessary equipment and services including lecturers, internal and external examiners, tools and
resources to enable the students successfully complete their degree,” he said.

Every academic year, enrolled students at Kabamba Military Academy visit Makerere University on
an orientation program that enables them to acquaint themselves with the critical areas and
procedures of the University. Among these include; the Academic Registrar’s office, the College of
Humanities and Social Sciences where the degree is administered and the University Library.
On 16 th October 2020, cadets visited the Makerere University to understand the operations of the
library and how they can access both physical and online resources.

Speaking to cadets, Dr. Helen Byamugisha the University Library urged them to utilize the library
resources for their academic and research development. “We have ensured that you access the
library remotely at your institution. I therefore urge you to fully utilize the resources. The library is
one of the major instruments that help students to a achieve their academic goals, therefore it
should be a place you visit regularly,” she emphasized.

During the training, cadets were orientated on; 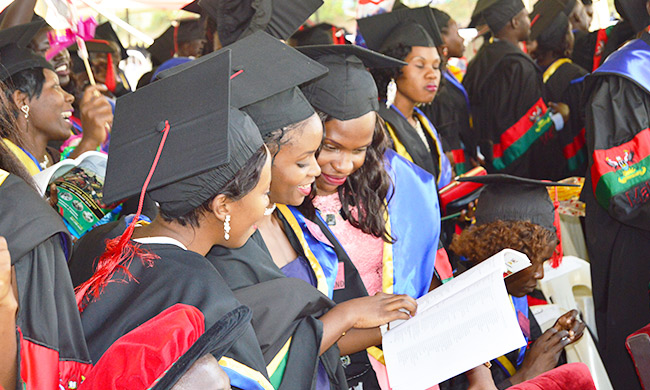 The office of the Academic Registrar has released the results for the Bachelor of Laws Pre-Entry Examination 2020-2021 held on Saturday 3rd October 2020.

Candidates who scored 50% and above passed the examination. Those interested in admission to the Bachelor of Laws on Government Sponsorship must have indicated (applied for) Bachelor of Laws as one of their choices when filling the form for Government sponsorship in November, December 2019 and January 2020.

The lists are grouped under the different categories of the applicants namely: A-level, Diploma Holders, Degree Holders and Mature-Age Applicants: 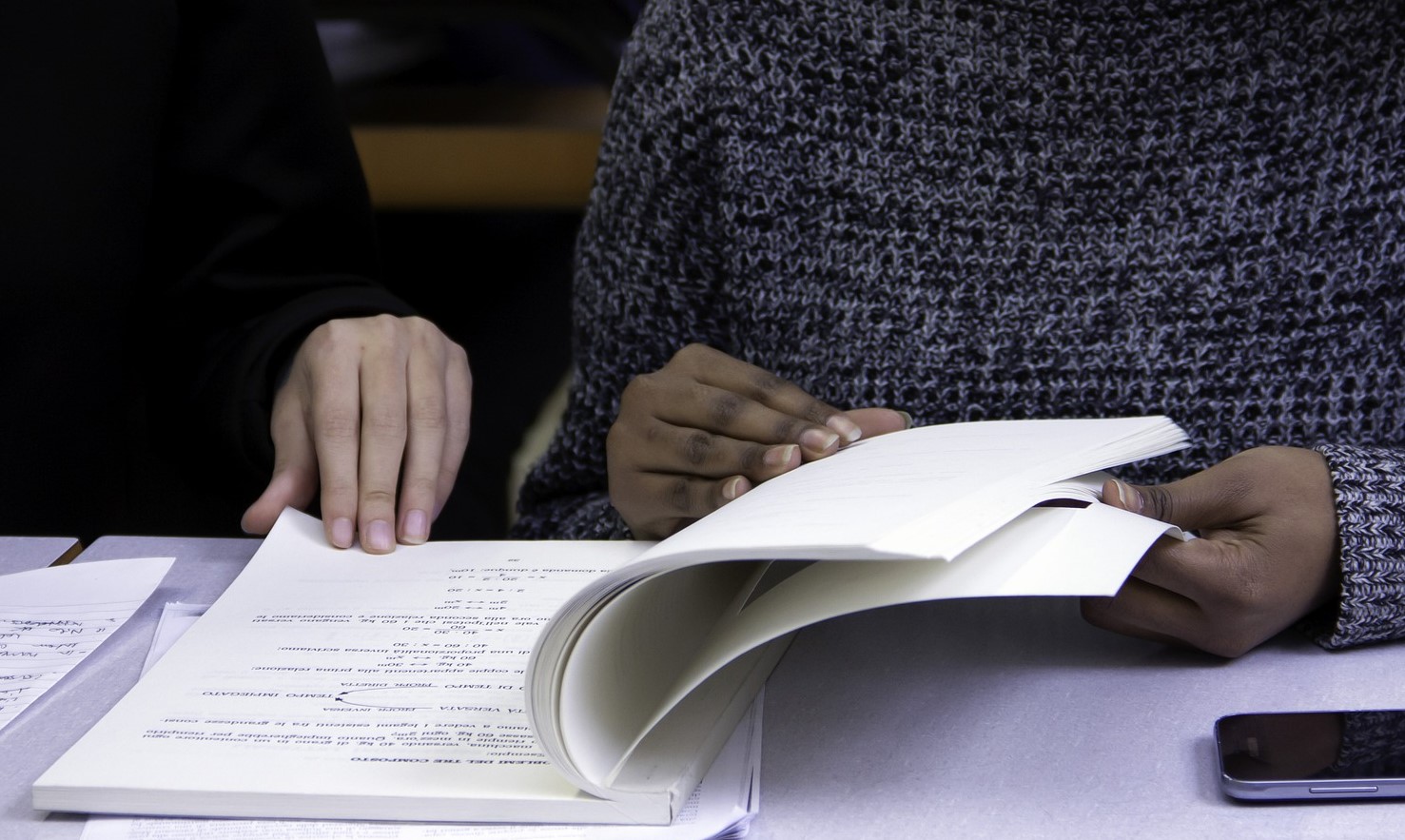 The Office of Academic Registrar, Makerere University has released lists of international applicants who appealed and have now been admitted for the Academic Year 2020/2021.

The list for the successful appeals can be accessed below: