The colorful ceremony was attended by Deputy Vice Chancellors in charge of research and academics from the member states of ARUA, researchers, management, staff and students of Makerere University, other invited dignitaries and media.

The objectives of the Centre are:

Speaking at the launch, the Prof Ernest Aryeetey emphasized the need for African scholars to focus on excavating African richness and beauty through African research. He appealed to ARUA member Universities to embrace new ideas and relate the notions of African identities to the different sectors of development.

“We want to understand ourselves and where we are coming from.  We need to improve research across all sectors of development without neglecting the African research on the thematic areas of Climate change, Food security, Non-communicable diseases, Mobility & migration, Poverty & inequality, Unemployment & skills development, Notions of identity, Good governance, Post-conflict societies and Water conservation,” he said.

He urged collaborating Universities to visualize the African Research Universities Alliance as a Pan-African network that brings research and academic excellence to the fore front throughout the region by developing strong and viable research universities.

“At Makerere University, we fully subscribe to the vison and mission of ARUA and we want to play our part in ensuring that Africa truly joins the global knowledge community,” he said.

“My sincere gratitude also goes to the Secretary General, who has continuously encouraged us and provided valuable guidance. We became active in ARUA, after the 13 Centres of Excellence had been allocated to other universities and the Centre of Excellence in Notions of Identity was the one hanging. I said what an opportunity!  We quickly applied for the opportunity to host the center,” he narrated.

During the ceremony, the congregation listened to an informative and inspirational keynote address on Unpacking Identities in Uber-Colonial Africa. The Keynote Speaker, Prof. J. Oloka-Onyango highlighted the objectives of the ARUA Centre of Excellence in Notions of Identity premised on a question; What kind of political framework is most viable for the full expression of our varied African identities?

According to Prof. Oloka-Onyango, ARUA scholars should avoid the notion of a single story during their research.  He urged them to embark on exploration of the multiple positive stories of identity that abound on the continent, while also examining and critiquing the more problematic and disempowering ones.

“We must avoid the “single story,” the result of which “robs people of dignity.  It makes our recognition of our equal humanity difficult.  It emphasizes how we are different rather than how we are similar. Stories have been used to dispossess and to malign, but stories can also be used to empower and to humanize.  Stories can break the dignity of a people, but stories can also repair that broken dignity,” said Prof. Oloka-Onyango.

On the issue of Theory, Research and Advocacy Audit, Prof. Oloka-Onyango advised ARUA scholars to develop methodological tools of analysis which suit the African local contexts.   He cautioned members, against turning ARUA into a space where theories from elsewhere are imported and given free reign. He encouraged scholars to actively engage in designing and applying home-grown theory.

He appreciated the move for ARUA to embrace feminism without ifs or buts when he said, “Indeed, I would add that it is long overdue for an unapologetic embrace of the basic tenets of feminist principles in the African Academy. ARUA’s focus on Afro-feminism must point out that the situation of women is the result of several factors, the first of which is the multiple inequalities they face.  The second are the structural factors embedded in the kind of political and economic systems in operation.”

The keynote address was further enriched by a panel discussion that was moderated by Mr. Yusuf Kiranda, the Acting Makerere University Secretary. The discussants included;

The African Research Universities Alliance (ARUA) is a network of universities from different countries and different historical backgrounds, but with a common vision of expanding and enhancing significantly the quality of research done in Africa.  Inaugurated in Dakar in March 2015, ARUA brings together sixteen (16) of the region’s leading universities with the aim of strengthening African research through effective capacity-building. Its intention reflects what Africa needs at the moment from its leading universities.

The ARUA is focusing on;

PedaL is a formal partnership of eight institutions that aims at embedding and catalyzing systemic change in teaching and learning practices and to maximize learning outcomes through strategic interventions in graduate social science programmes.

Guests were entertained by the Department of Performing Arts and Film.

The Vice Chancellor Professor Barnabas Nawangwe on Thursday 22nd September, 2022 participated in the opening of the EfD Annual meeting hosted by Makerere University at Speke Resort Munyonyo where he appealed to government to implement the ban on kaveera and address other environmental issues.

The opening ceremony moderated by the EfD Global Hub Manager Gunnar Köhlin and was graced by Uganda’s Minister for Water and Environment represented by the Commissioner for Water, Mr. Julius Mafumbo and the Swedish Ambassador to Uganda, H.E. Maria Håkansson. 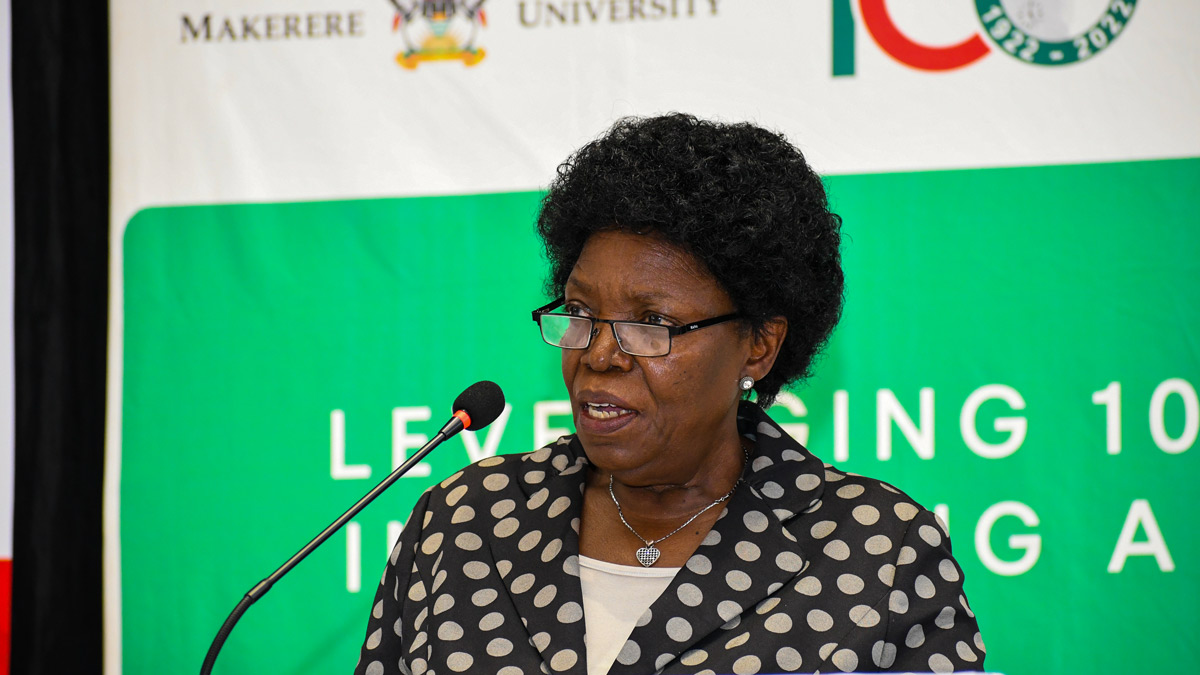 While addressing the gathering, the Chief Guest, Prof. Mary Okwakol, the Executive Director of National Council for Higher Education (NCHE), congratulated Makerere University for winning such a huge grant, which will go a long way in transforming the eLearning infrastructure at Makerere University.

“I am happy to be joining you in launching a project that is at the heart of National Council for Higher Education. Online learning is at the heart of the Council, not only because of the challenges presented by the Covid-19 pandemic, but also the world is now a digital world.” Prof. Okwakol remarked.

Prof. Okwakol thanked Mastercard Foundation and other development partners who have continued to support initiatives that help transform higher institutions of learning in Uganda.

“I sincerely thank the Mastercard Foundation and other partners who have continued to support higher education in Uganda, especially in the area of research and online learning. Globally, the outbreak of the COVID-19 pandemic, greatly disrupted education systems forcing learners and some schools to shift to virtual learning to curb the spread of the pandemic.” Prof. Okwakol pointed out.

On his part, the Vice Chancellor, Prof. Barnabas Nawangwe urged the university community, especially the academic staff to take advantage of the Mastercard Foundation E-learning initiative to develop e-content across all Colleges of the University, to enhance capacity for eLearning at Makerere University.

”I appeal to the Colleges to embrace this project and have as many courses adopt this pedagogy development system, even though students will continue with face-to face and phyisical learning, they should be allowed the option of online learning. The platforms that are going to be built, will give our students an opportunity to interact with international students, scholars, teachers and with each other.” Prof. Nawangwe applealed.

The Vice Chancellor, further called upon all other development partners to emulate Mastercard Foundation in supporting Makerere University and other universities on the entire African continent in strengthening digital literacy, so that Africa is not left behind.

”In 2018 I attended a conference on E-learning in Beijing China, where a critical question was asked; Will Africa be left behind again? This was in reference to many advancements that were taking place in the western world, in which Africa had been left behind.” The Vice Chancellor reminded the audience.

Prof. Nawangwe further emphaised the importance of e-learning as one of the critical modes of teaching and learning in the 21st first century.

”Ladies and Gentlemen, I cannot over emphasise the importance we attach to e-learning the 21st Century, that is why we took a decision to elevate the Department of Open and Distance Learning into an Institute of Open and Distance E-learning with an intention of having e-learning extended to other Colleges of the university.” Prof. Nawangwe pointed out.

The Deputy Vice Chancellor Academic Affairs, and Chairperson of the Steering Committee of the E-learning Initiative, Prof. Umar Kakumba, rallied the University community to support the implementation of the project in the University.

“The Mastercard Foundation Scholars Program E-learning initiative could not have come in at a better time than post COVID19 era. A pandemic, which exposed our systems and methods of teaching and learning. You all recall, when were hit by the pandemic, with lockdowns and closures of institutions of learning, we all went into a panicky mode on how were going to cope with online learning. I therefore call upon every member of the university to give this project the support it deserves.

Prof. Kakumba reminded the audience the importance and relevancy of online learning at Makerere University and other universities in Uganda.

“The online method of learning is best suited for everyone. This digital revolution has led to remarkable changes in how the content is accessed, consumed, discussed, and shared. Office goers and stay home mothers can take up online educational courses too, at the time that suits them. Depending on their availability and comfort, many people choose to learn at weekends or evenings.” Prof. Kakumba remarked.

Prof. Paul Birevu Muyinda, the Coordinator of the Mastercard Foundation E-learning Initiative, informed the audience the importance of the project and the expected outcomes for the University.

“The Mastercard Foundation e- Learning Initiative is a Project funded by Mastercard Foundation aimed at addressing the negative impact of COVID-19 pandemic that constrained access and continuity of teaching, learning, research and community engagement activities at Makerere University” Prof. Muyinda pointed out.

Prof. Muyinda further thanked the team that he worked with in putting up the proposal in a very short time that yielded such an important grant for the University.

“I thank the team that spent sleepless nights putting together the proposal that resulted into this project. I must report that Makerere University is privileged to be having the most highly qualified persons in online instruction design and online pedagogy at the IODeL and beyond. It is now up to Makerere University in particular and the Country in general to make use of these persons to transform the terrain of online, blended distance and e-learning education.” Prof. Muyinda remarked.

“The Mastercard Foundation Scholars Program continues to recognize that in order to enable young people across Africa to succeed, there is need to; Address systemic barriers in Higher education, Strengthen the capacity of Institutions that serve the Young People, and Support innovative solutions across critical sectors.” Prof. Namaalwa remarked.

The colourful launch ended with a panel discussion in which panelists digested the importance and opportunities for open distance and eLearning in higher institutions of learning.

Bernard Buteera is the Communications Officer of the Mastercard Foundation Scholars Program at Makerere University.

Supplementary Admissions to Bachelor of Laws Under Private Sponsorship 2022/23 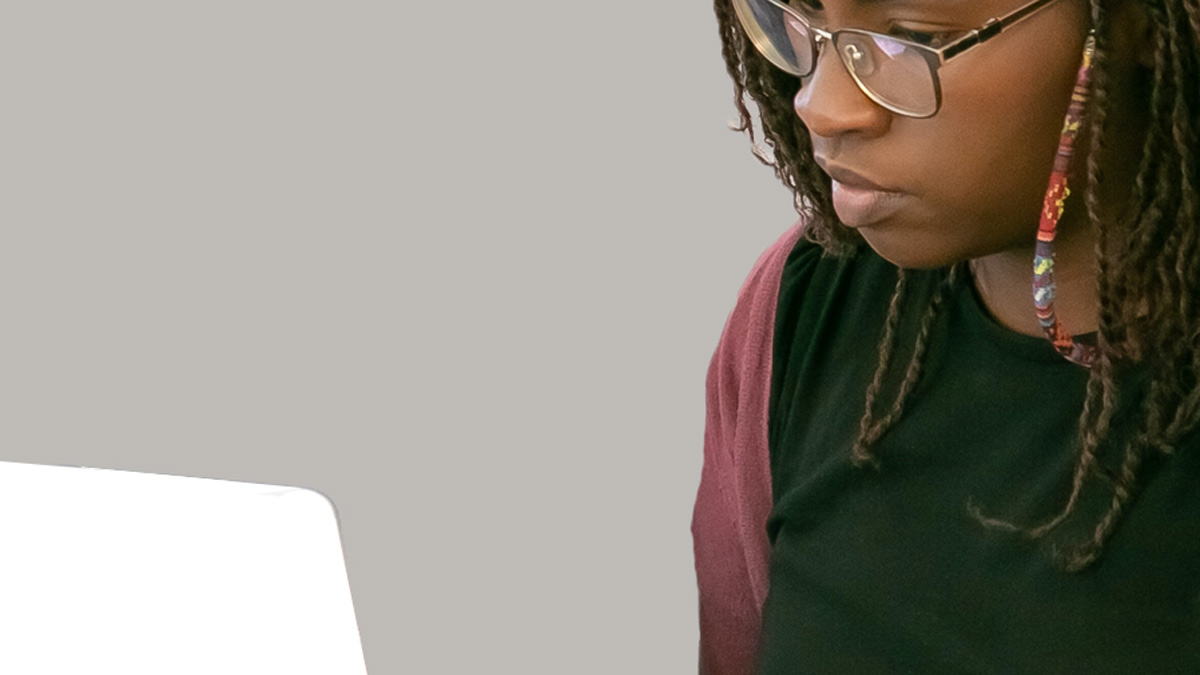 The applicants MUST have passed the Pre-entry Examinations for Bachelor of Laws.

Applicants who have already been admitted need not apply.

For any additional information, contact Undergraduate Admissions Offices 301/303 for A’Level Applicants and Office 315 for Diploma/Degree holders.