There is a lot one can do with papyrus. As government and various pro-environment activists fight to preserve wetlands in Uganda, researchers and various stakeholders are on the ground discovering how papyrus can help alleviate poverty in Africa.

There is a lot one can do with papyrus. As government and various pro-environment activists fight to preserve wetlands in Uganda, researchers and various stakeholders are on the ground discovering how papyrus can help alleviate poverty in Africa.

The first African Institute for Capacity Development (AICAD) Papyrus conference that was held on 30th April, 2010 was aimed at sensitizing all those concerned including policy makers, researchers, farmers and users on the importance of this plant.

Mr. Seki Tetsuo, the Chief Representative of the Japanese International Cooperation Agency (JICA) graced the conference, highlighting that AICAD has played a significant contribution to poverty reduction through research and knowledge dissemination.

“Involvement of community is necessary for poverty reduction but it is not easy to achieve because they lack access to information. All of us need to think together to promote development. This is one of the ways we can do this, hoping it will help to find a more efficient way for AICAD to work in the preservation of papyrus.” Mr. Seki said.

AICAD primarily endeavors to achieve poverty reduction and social economic development by facilitating the local people to solve problems in Africa. AICAD is working hand in hand with African universities and institutions in trying to evolve a more practical perspective in their education and research functions and hence accelerate human capacity development in the African region.

“AICAD has supported a number of projects especially in the areas of agriculture, all in a bid to reduce poverty in Africa through human resource development. AICAD originated from the idea of setting up a Base for African Human Capacity Building (BAHCB)” said Prof. Oswald Ndoleriire, AICAD Country Director.

During the one day conference, topics ranging from community based wetlands management, the economic importance of papyrus, to technological advancement of papyrus usage were discussed.

As the conference was concluded, decisions of further research into the productivity of papyrus were reached and it is hoped that the future will see the rise of papyrus as a significant contributor to development in Uganda.

See below for Downloads from the Conference

Wetlands. What are they? Their Benefits – Kiwazi Fredrick

Launch of Mak-RIF Round 4 Awards & PhD Call for Proposals

Makerere University received funding from the Government of the Republic of Uganda, earmarked to support high impact Research and Innovations. This unique initiative arose after engagements between the top University Management and the Government of Uganda. This fund illustrates the increasing importance that the Government attaches to Research and Innovation as a driver of development and transformation. The objective of the fund is to increase the local generation of translatable research and scalable innovations that address key gaps required to drive Uganda’s development agenda.

In the Financial years 2019/2020, 2020/2021 and 2021/2022 the Government of the Republic of Uganda through Mak-RIF has funded implementation of over 750 multidisciplinary research and innovations within the various Colleges, while engaging multiple stakeholders within and outside Makerere University. The Grants Management Committee (GMC) has finalized the award process for the Mak-RIF round 4 call for funding for this Financial Year 2022/2023.

The Grants Management Committee (GMC) hereby invites you to the Launch of the Mak-RIF Round 4 awards and PhD Call for Proposals scheduled to take place tomorrow Thursday 29th September 2022 from 9:00 to 10:00 a.m. EAT.

Please use the following details to join the launch.

Register in advance for this meeting:
https://us06web.zoom.us/meeting/register/tZwpcu-urDIjE9ZgxdsbEmA2IkNMMiJVECt_
Meeting ID: 884 5662 9992
Password: 292624

The Academic Registrar, Makerere University invites persons with disability who applied for admission to public universities under the disability entry scheme for 2022/2023 Academic Year to appear for medical/review exercise at Makerere Unive, Senate Building, Level Two (2) in the Telepresence Centre.

(i) If you fail to appear on any of the given days above, there will be no other chance for you. 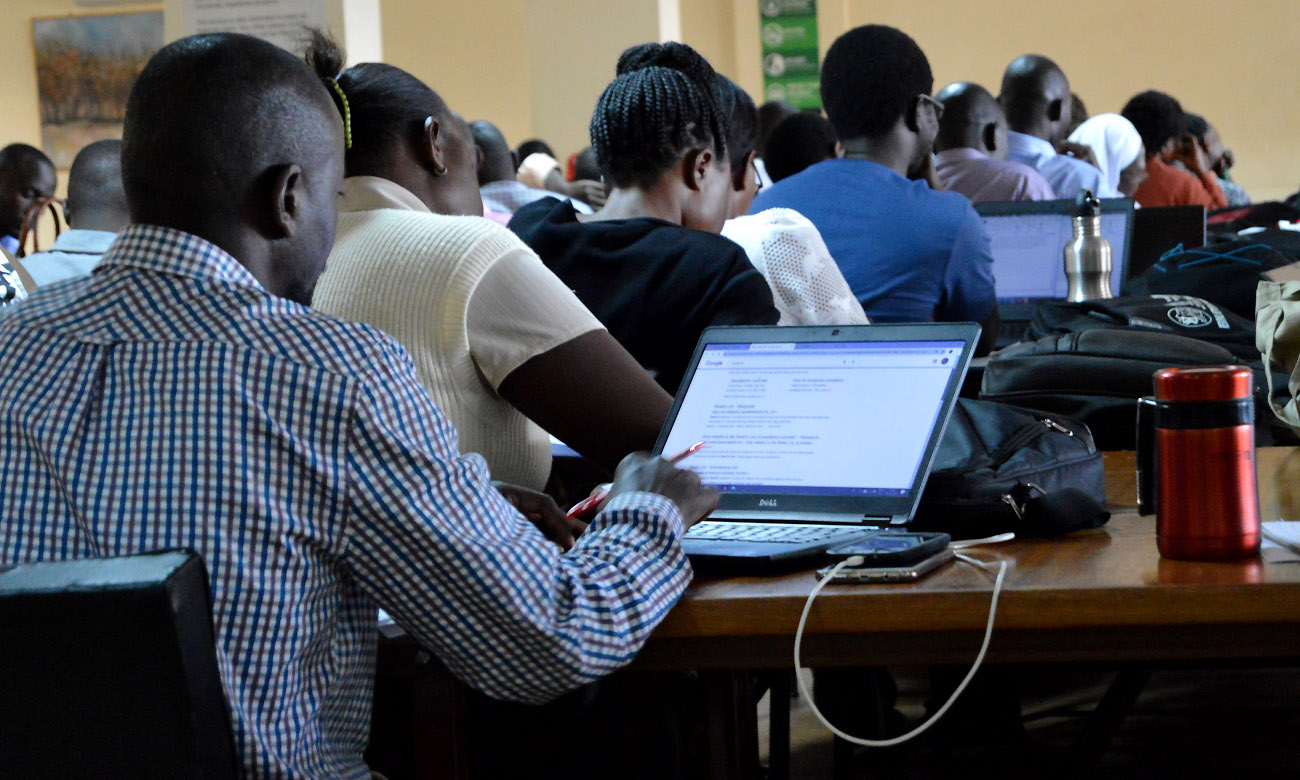 This activity is to support development of health systems that meet the needs of rehabilitation and assistive technology across the lifespan.

This is to therefore invite applications from all interested faculty and graduate students of Makerere University to participate in the FAIR methodology workshop.

This FAIR methodology, a qualitative research method is a participatory simulation technique where the research process is planned and conducted with those individuals whose life process and actions are under study. Being a new technique in the research world, we would like all those interested especially in Makerere University to take this chance and learn.

Applicants are required to register their interest through the link (https://bit.ly/3AwAaLg ) by October 14th, 2022, 5PM Kampala time.

Please see below for the detailed flyer.