The Public Investment Management (PIM) Centre of Excellence at the College of Business and Management Sciences (CoBAMS) has started a two-week training in Investment Appraisal and Risk Analysis. The trainees are drawn from the Ministry of Finance, Ministry of Works, Makerere University, Ministry of Tourism, Wildlife and Antiquities, Ministry of Trade and Industry, Ministry of Education among other MDAs. The training taking place in Jinja, was opened on February 21, 2022 by the Principal CoBAMS, Prof. Eria Hisali.

Prof. Hisali commended the PIM team for fostering knowledge transfer and also encouraged the participants to take keen interest in the course, saying the skills they will get during the duration of the training will help improve the way the country does public investment.

It is envisioned that the capacity building will ensure that projects that are financed can meet the expected outcomes, hence maximize their returns of these investments to the country.

He said CoBAMS was committed to rolling out capacity building with the intention of starting a Masters in Public Investment Management. He called on the trainees to participate in the intermediary level training so that they too can become trainers. “As we embark on developing capacity in PIM, we need to look at forming an umbrella body which will help self-regulate, set and manage standards,” Prof. Hisali said.

The Principal thanked the World Bank for funding the PIM project and the Cambridge Resources International and the Ministry of Finance for partnering with CoBAMS.

The Principal Investigator of the project, Prof. Edward Bbaale also thanked the World Bank and all other partners for trusting the Centre with the training needs of the country.

Ms Rachel K. Sebudde a Senior Economist with the World Bank commended the government for its effort in improving management of public investments.

“As World Bank, representing Development partners, we do commend the various actions government is undertaking to improve the way public investments are managed in the country,” Ms Sebudde said.

The government has in recent years increased the amount of resources it allocates to capital investments. Despite the increase, the country still faces challenges of the quality of the infrastructure.

“If these constrained are removed, the country would no doubt accelerate economic growth and improve quality of life,” Ms Sebudde said.

She warned that it will be difficult to maximize returns from oil and gas investments if the quality of projects is poor.

According to the World Bank study, quality issues arise from the poor design of projects, delays in implementation, cost escalations, time-overruns, contract disputes, abandonment of projects, substandard quality of some completed projects, and rapid depreciation of public capital stock.

The World Bank Officer advised that to make the public resources yield higher returns, and increase and sustain higher rates of economic growth, the government must aggressively improve its investment management capacity, so that projects are well selected, well prepared, transparently tendered and delivered on time and within budget. It then also needs to maintain its existing and new assets, she added.

She reaffirmed the World Bank’s commitment to supporting Uganda’s development agenda. “As a Development Partner, we appreciate the commitment and zeal that the country continues to demonstrate in exploring alternative and more efficient models for development,” Ms Sebudde said.

According to Mr. Hannington Ashaba, a Commissioner in the Ministry of Finance, the government recognizes the need to improve public investment management and has been training its officers in this regard. A few were trained abroad but government sort to reduce the cost of training by establishing the Centre of Excellence for Public Investment Management at Makerere University. This he said will also allow for training of more public service officers.

Dr. Willy Kagarura, the Manager to the PIM Centre of Excellence said the University was committed to providing capacity building to the government. He applied to the World Bank to continue to support the Centre for at least 5 years as it strategizes on being self-sustaining and generating income.

The centre was established following a study done by the World Bank. The diagnostic done in 2016 revealed that there was low return on investment. Some studies revealed that the country was losing 60% of the investments it made.  To this end, the World Bank recommended the establishment of a PIM training centre. The centre offers capacity building in Public Investment management systems. The training offered by the Centre is at 3 levels.

The Centre got seed funding from the World Bank, having commissioned the study, which revealed the gaps. 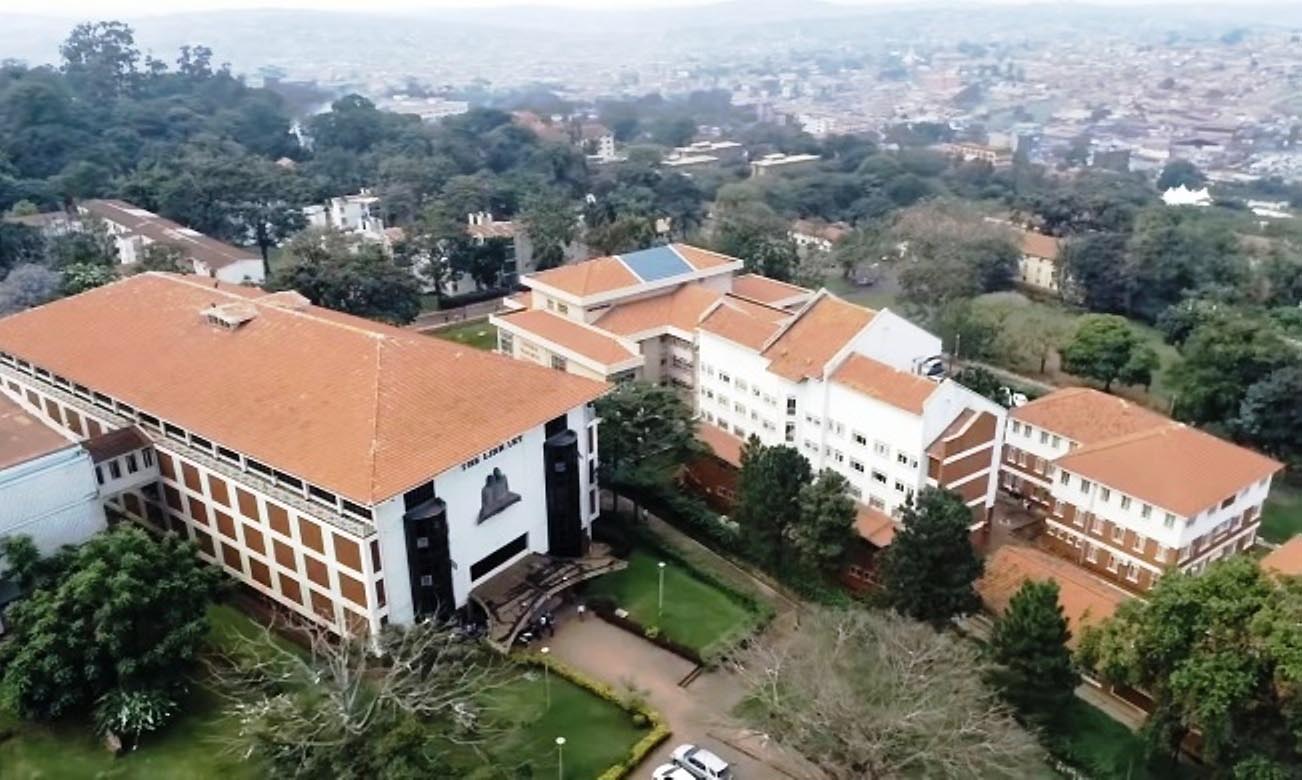 Further information can be accessed by following the link: 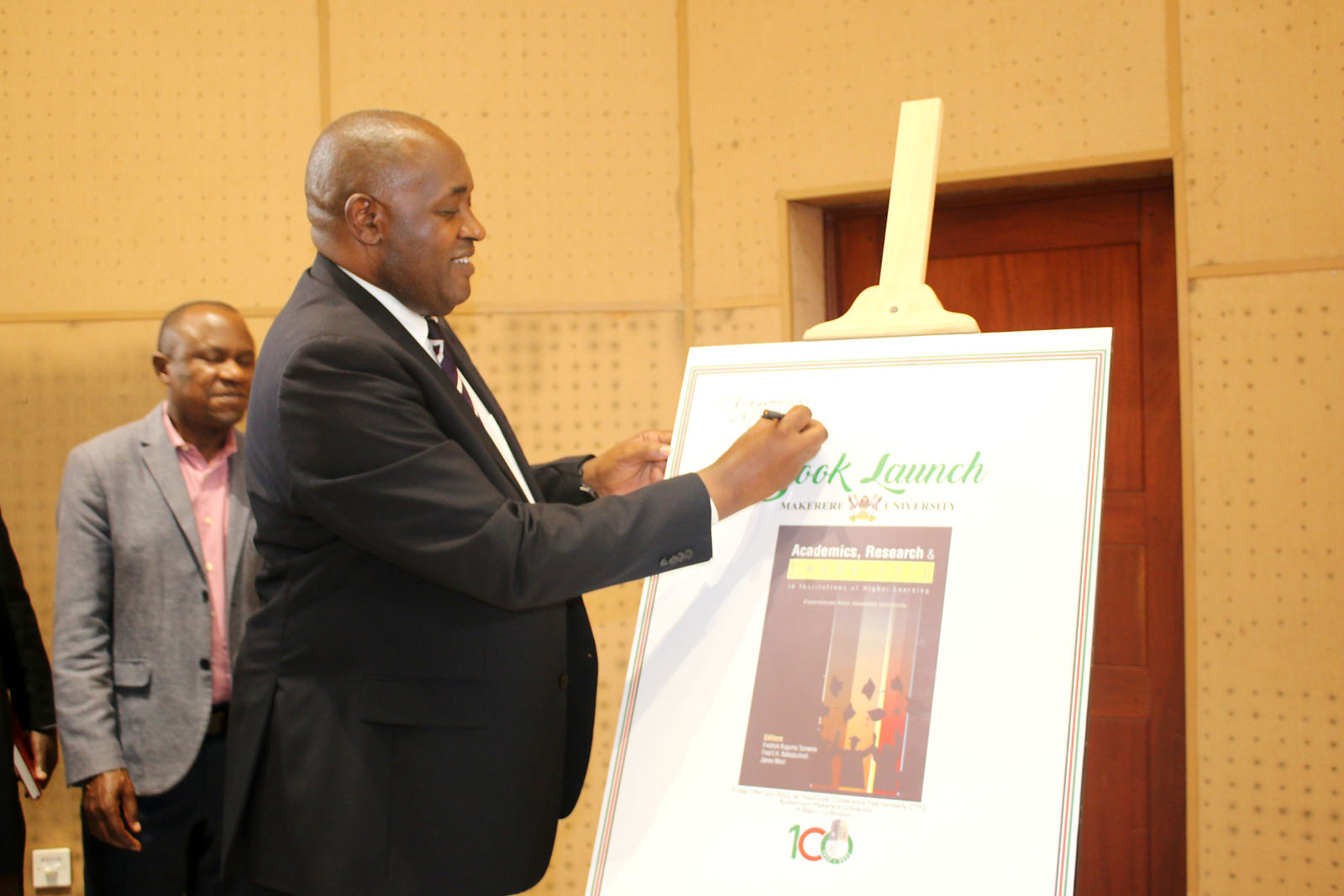 The Minister for ICT and National Guidance, the Hon. Chris Baryomunsi today July 29, 2022, launched a book authored by 20 researchers of Makerere University.

The book titled “Academics, Research and Leadership in Institutions of Higher Learning: Experiences from Makerere University” details the research and training experiences of some academic units in Makerere University. The programs analyzed in the book include training of statisticians, population scientists, quantitative economists among others. The book documents past, present and emerging issues in training and research in the above fields. The book, according to Prof. Ben Kiregyera who gave the keynote address, makes the case for strengthening the infrastructure for training and research including technical and administrative leadership. The book also looks at the acquisition of new knowledge, strategic skills and competences in different disciplines to meet the 21st century development and data challenges.

Hon. Chris Baryomunsi, also a former lecturer in the department of population studies said the government would continue to support research and innovation because they drive development of the economy. “What we need to do better is engage policy makers in our research processes,” Dr. Baryomunsi advised. “Your research needs to inform government but you also have a role of simplifying statistics to the public”. He challenged researchers to engage in new research areas such as robotics, nano-technology, big data, Internet of Things and integrate them in our day to day lives.

Prof. Henry Alinaitwe, the Deputy Vice Chancellor in charge of Finance and Administration, who represented the Vice Chancellor, applauded the authors of the book, saying they are greatly contributing to the research agenda of the university. He said the book will go a long way in informing decision making in the university, as the university moves into becoming a research led university.

The Principal of the College of Business and Management Science, Prof. Eria Hisali, who was represented by the Deputy Principal Prof. Bruno Yawe, congratulated the authors and editorsfor a job well done. “This is yet another reminder that a lot can be achieved when we are determined and when we choose to work closely together,” the Principal said.

The Principal told the authors, most of whom were drawn from CoBAMS that the college will be launching a special purpose vehicle for policy engagements called the Policy Labs. This will bring together policy makers, implementers, private sector actors, development partners and the academia to engage on topical policy issues. It will enable researchers to share the recommendations with a wider audience of policy makers and implementers.

The coordinators of the book project, Prof. Abel Nzabona, shared with the audience the 5-year journey of writing the book.

The journey started in June 2018 when Prof. Ronald Wesonga (in the company of Dr. Fred Maniragaba) mentioned that he had a book idea and wanted Prof. Nzabona to coordinate the writing process. Prof Ronald Wesonga’s idea of the book was an academic document that was researched, evidence-based, informative, marketable and interesting to read. The team then set out on a journey or writing, vetting, peer-reviewing and manuscript writing, identifying editors and publishers.

“We started off with just 4 chapters but never gave up. We intensified the popularization of the book idea and eventually reached the 15-chapter mark,” Prof. Nzabona said. The team was delighted to have been joined by colleagues from the College of Education and External Studies namely Dr David Onen and Prof. Fred Bakkabulindi.

The vision bearer and funder of the publication, Prof. Ronald Wesonga, in his remarks highlighted the objectives of the book which included:

The book employed the following methodology:

According to Prof. Wesonga, the book’s unique attributes include: 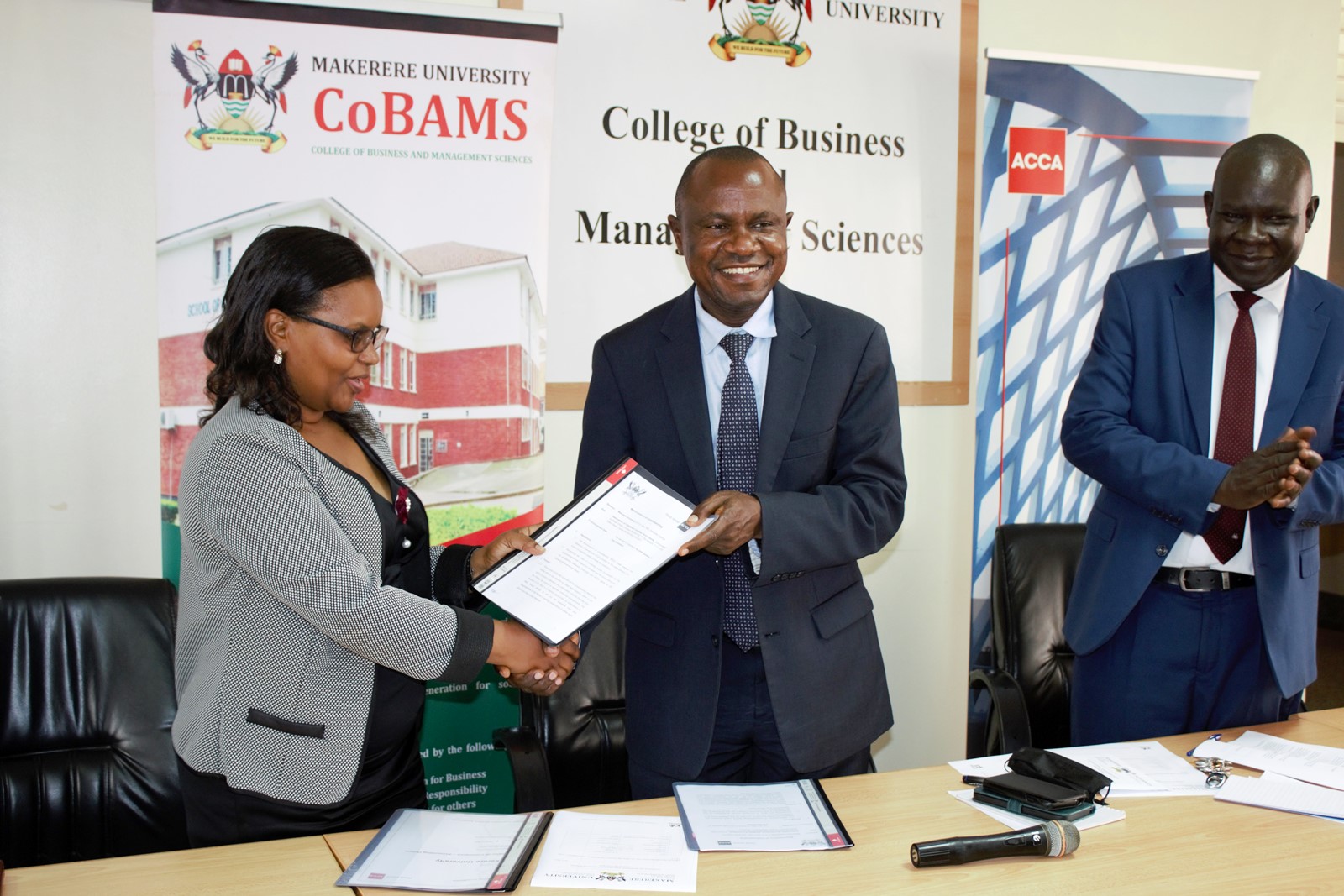 Makerere University, yesterday signed a memorandum of understanding with the Association of Chartered Certified Accountants (ACCA), which is set to benefit students of Bachelor of Commerce – Accounting major.

According to the Country Manager of ACCA Uganda, Charlotte Kukunda, Makerere University students, starting with the next Academic year 2023 will be exempted from 8 examination papers out of the 13 papers one is supposed to take before being certified as a professional accountant.

This means that of Bachelor of Commerce – Accounting students will be sitting for only 5 out of 13 examinations to attain full ACCA qualifications.

This comes with a reduction in the years a student is scheduled to spend studying ACCA as well as reducing the money one is supposed to spend on the eight courses.

Ms. Kukunda said that it takes one about two years to complete the ACCA course if one is to do all the 13 courses. However, with the exception of the 8 examinations, one can finish the course in one year.

During the signing ceremony, the Principal of the College of Business and Management Sciences, Prof. Eria Hisali, who represented the Vice Chancellor said the exemptions are a stamp of quality of the curriculum and education that the school of Business offers. He said the college was dedicated to conducting quality assurance for her courses, service delivery and research. “We want to get to the level where all our flagship programs are internationally accredited,” Prof. Hisali said.

The Dean School of Business, Prof. Godfrey Akileng, said before the accredidation was done, ACCA conducted an audit of the curriculum and examinations of the Bachelor of Commerce – Accounting course.

This is because, in some course units, what the students will have studied and accomplished within their three years of Bachelor’s training will be similar to some of the post-business school content they ordinarily should have encountered as part of their ACCA training.